One On One With Breakout Star Ashley Dulaney 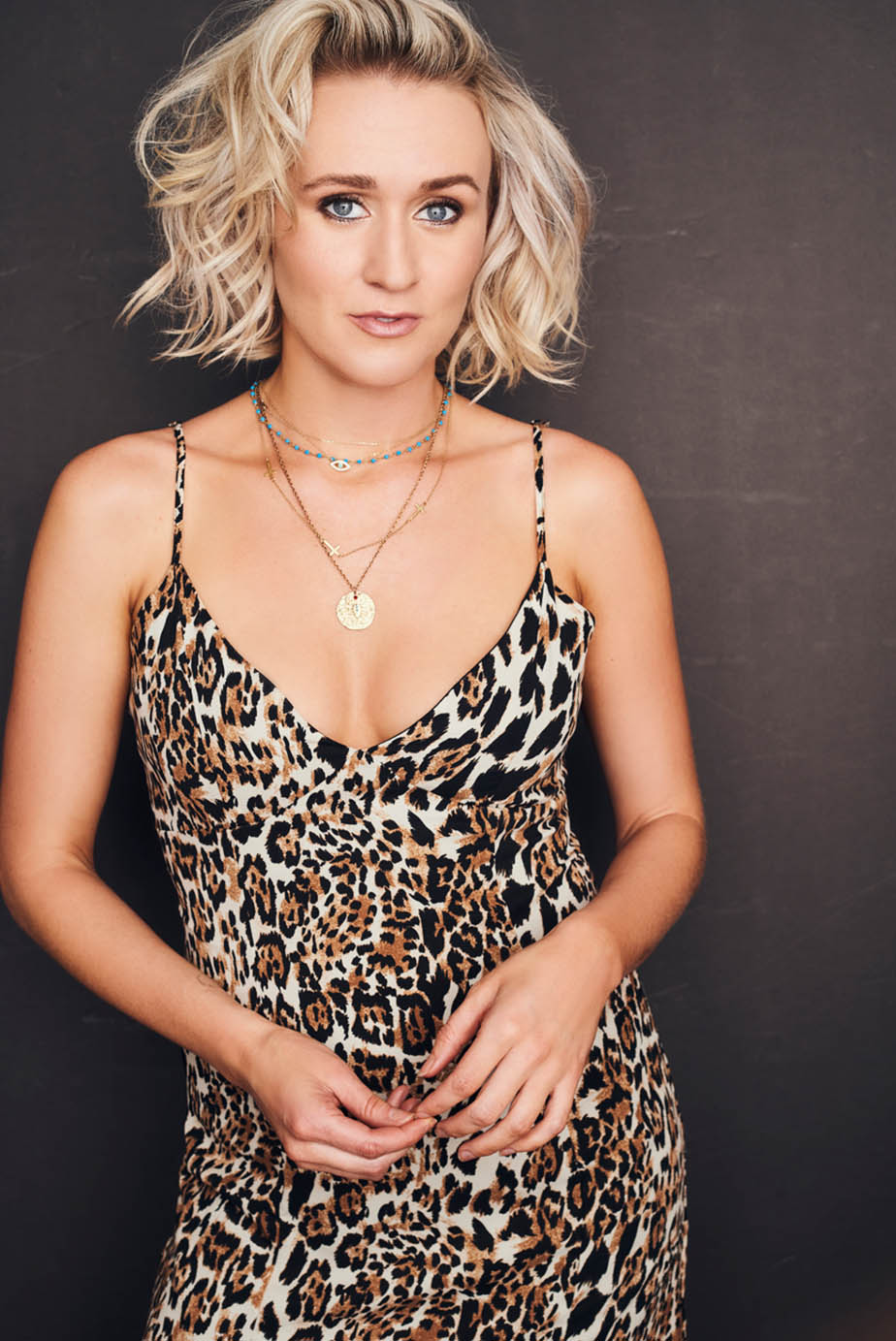 Based on USA Today bestselling author Tara Sivec’s 3-part book series, SEDUCTION & SNACKS tells the story of Claire, a twenty-something single mom that grudgingly helps her best friend Jenny (Dulaney), sell sex toys while she attempts to make enough money to start her own business to give her foul-mouthed, but extremely loveable (when he’s asleep) toddler a better life. SEDUCTION & SNACKS in Passion Flix’s first romantic comedy project and will be released on the platforms’ streaming service on Thursday, October 28TH.

Struggling to find her culinary voice as a Network TV star, A TASTE OF LOVE revolves around Taylor and her world of friends as she returns to her hometown to visit her parents. She must choose between her renewed relationship, saving her family restaurant, or her dream career as a worldwide-known chef. In the film, Ashley brings to life ‘Linda,’ one of the leading ensemble cast members.

Growing up in Tupelo, Mississippi, Ashley knew she was destined to be in front of the camera and took to acting at a very young age while in preschool. Ever since her first role as a caterpillar in a local school production, she caught the acting bug and dedicated her life to her craft. After graduating from high school, Ashley attended and graduated from Ole Miss with a BFA in acting. After being scouted by agents and managers, Ashley made the big move to Los Angeles in 2009 where she began auditioning and taking extra gigs to pay the bills. Ashley got her first big break on FX’s “Justified with a strong character arc throughout the final season. From there Ashley continued booking gigs and started as the co-lead in Lifetime’s BABYSITTER BLACKBOOK, and later went on to portray the evil ‘Rebecca’ in Lifetime’s THE HOUSE SITTER. Ashley has also worked on popular series including NBC’s “Brooklyn Nine-Nine,” FOX’ “9-1-1-: Lone Star,” ABC’s “The Middle.” ABC’s “Scandal,” as well as NBC’s “Days of Our Lives,” to name a few.

When Ashley isn’t busy in front of the camera, she loves to work out regularly by hiking or taking aerial yoga classes. Ashley is also a fierce advocate for animal shelters and has a white rescue cat named Posey Parker, named after one of her favorite actors, Parker Posey, and a black cat named Bella.

StarCentral Magazine recently caught up with Melanie to discuss her journey in the industry and here’s what went down:

Hi! My name is Ashley Dulaney, I was born and raised in the South. I moved out to LA after college and got lucky enough to be cast in a national campaign opposite Joan and Melissa Rivers and it kind of all kept going from there.

Freshness. I never know what role I’m going to get to bring to life that day or what sides are coming my way. Watching a character develop over the shoot, it’s just always fresh. You never know what is gonna happen. 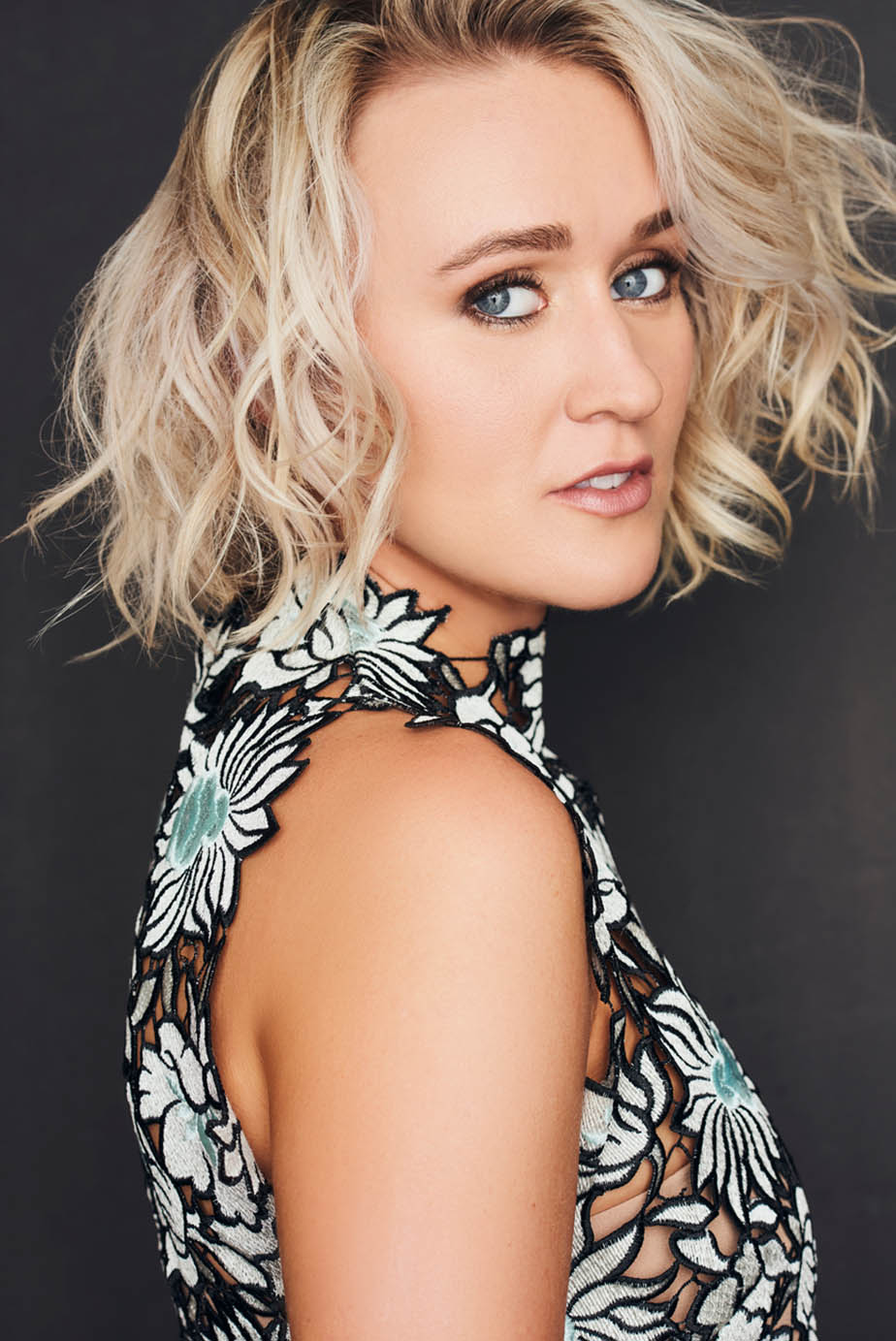 I would say my big weak point is relying on things I have learned to do well. I am personally really quirky and as you bring yourself into each role you do, it’s very easy on me to lean into that and that can be a trap of mine. I balance it by doing the script the natural way I feel and then doing it totally different and the opposite of what I think I should do. By doing this you end up unlocking little things that I would have never naturally noticed. So then each role has different layers than that of my natural tendencies.

On technical notes, I memorize very, very quickly. I can easily tap into emotions and get a pretty quick read of the character in the first pass. I also would say my biggest strength is I have a lot of fun with every role. It doesn’t matter the size I love every audition and every chance I get to perform.

Vision. I love watching directors talk to each actor in totally different ways to convey what they need from us. You see the world from the directors’ eyes so the way they communicate is key and it’s a very unique skill set. Also, I love the collaboration aspect between the actors and the director. I’ve had directors tell me a word and somehow that word hit me in just the right place and got us where we needed to go in a scene. Directors notice the smallest details and how we use those to bring the world to life and that is so fascinating as an actor to witness. 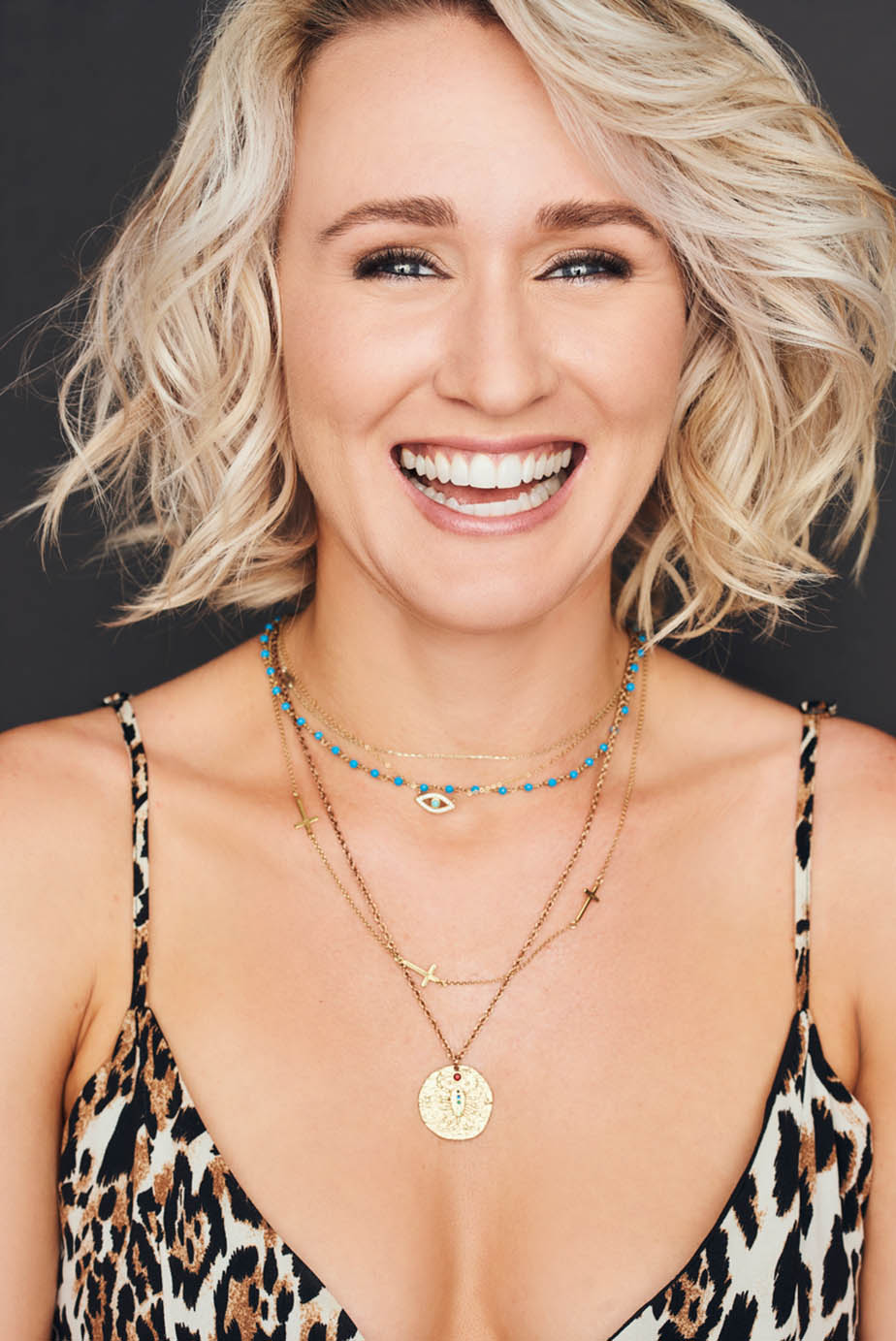 There is no laid-out plan. You can’t just think “oh I go to school, I graduate, and I get a job”. It’s very much a paint outside the lines kind of world and there is never a guarantee. It’s a very long road, it’s not an overnight success and it’s years and years of yes and no and maybe and not for us and sometimes you win and sometimes you lose. I think that’s also compacted now with social media and the comparison game and I think if you buy into that world and let the no and not for us break you it’s a very lonely place. But it doesn’t have to be that way. That is part of it, it’s a big part because it’s a fact but I think when you look down the road and you realize it’s not gonna be short it’s going to take work and you’re going to have disappointments and high highs and low lows and when you accept that and you LOVE what you do and you have FUN with it. it changes that difficulty into just a part of the journey and part of what you love. When you love the uncertainty because the work makes you happy, you change that narrative. Learning how to change that narrative is the biggest difficulty of all.

Not getting lost in trying to “do it right”. The project I have coming out right now is based on a book, so we were given access to these characters on an even deeper level than the script. We had all the colors and layers to choose from with the book and the script. I think this is where it’s so important to trust your instincts and remember your unique look at this role is what brings it to life. I think we as actors want to get it right and we focus on what they would want to see but that is a big trap. So remembering that no one is going to have your unique life experiences and how you see the script from those eyes, and keeping that alive as you bring the role to life

Any and all things that involve my cats and my husband. Time is very important to me and my work is something I love very much but when I’m not working I want any and all time to go to those I love the most in this world. I don’t care what we are doing as long as I’m with them.

There was one day on set that really changed my career but out of respect to some people involved I will stay vague. I had been hired to come on to a show to do seven lines, such a fun role but a one-and-done kinda thing. I was sitting in my trailer for a really long time on the day but man I was loving it. All the fluffy robe pictures you could ask for and I was ready for my lines so I just chilled. When I finally got called to set something had happened and as soon as I walked in I could feel the tension. In TV and Film EVERY MOMENT MATTERS. EVERY MOMENT IS MONEY. The EP approaches me and asks something I will never forget “how quickly can you learn lines” without missing a beat I said “really quick” I didn’t know what was happening, but I got taken into a room and in 30 minutes tops we rewrote the scene and started rolling. I didn’t get to go back to my trailer to prep, I sat there with the EP and we ran it till the cameras got in position, and then we did it. My seven lines went to five pages, and I was leading the scene with the star of the show. Something just kicked in and I was never nervous worried I wouldn’t t be able to do it. I knew I could, and I HAD A BLAST! I didn’t know what that would lead to I just knew I was there and ready and more than anything it was one of the most fun days ever. 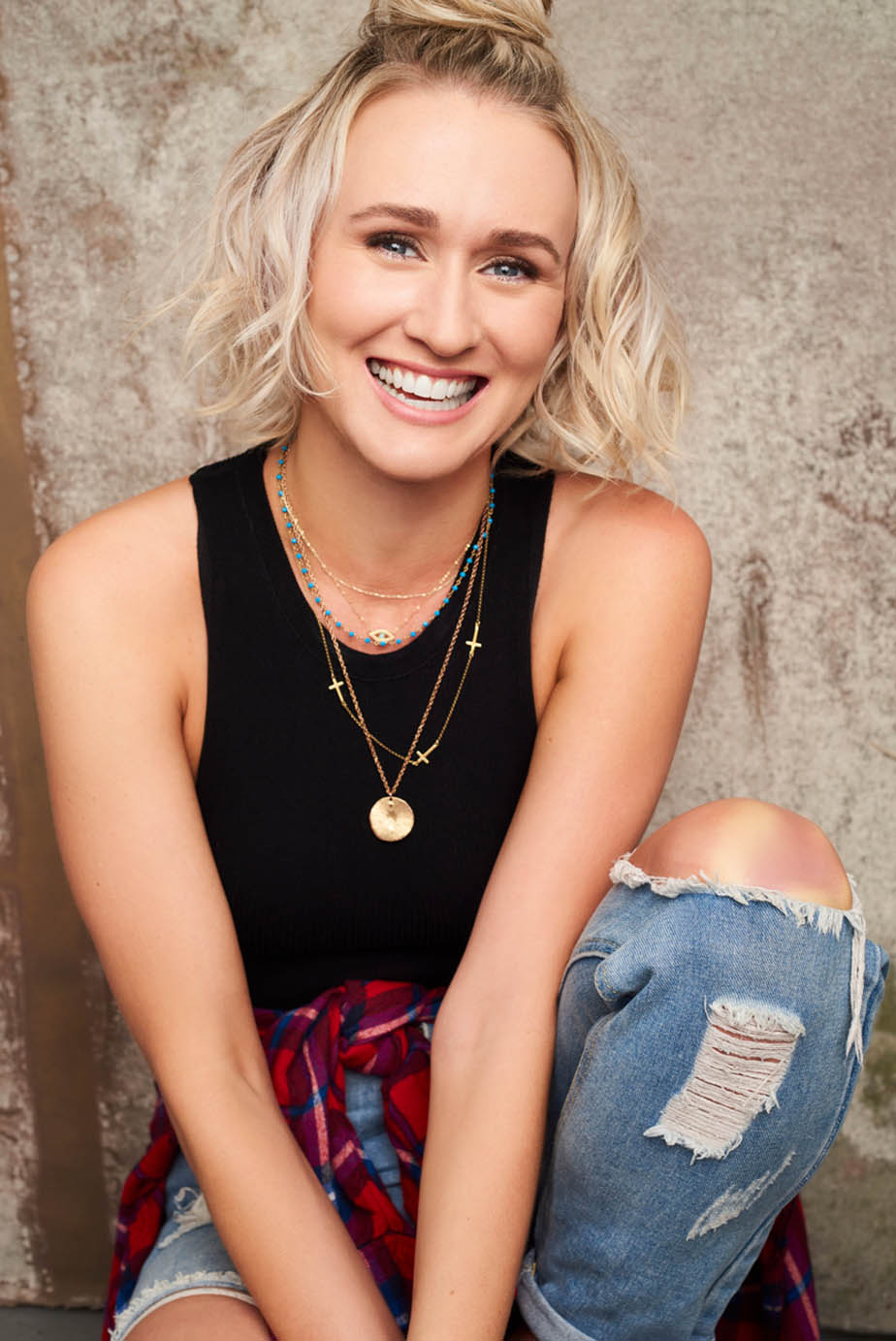 That’s so hard for me because there are so many that have been so impactful to me.

Getting to meet and work with Joan Rivers was a literal dream. She was so gracious and so kind, and my god she was so witty.

Kerry Washington. When I did Scandal, which side note was my first TV credit, not to mention I was a huge fan of the show, came up to me after I wrapped to congratulate me and I couldn’t stop smiling. Not only is she stunningly breathtaking but her warmth and kindness were palpable. She is a legend and had zero ego, just total grace.

Honestly, I always struggle with this because I love every booking I didn’t see coming. I think when we lay out a path ahead, we miss out on all the amazing hidden gems we wouldn’t have thought to ask for. So, when I think of my future all I really care about is still being happy. Enjoying the journey, the work and all that comes with it. Getting to explore the world. Waking up with my husband and our cats and down the line hopefully kids and getting to do the job I love surrounded by the people I love. Those are all my future.