Rising Star Spotlight: One On One With Singer/Songwriter Abby Anderson 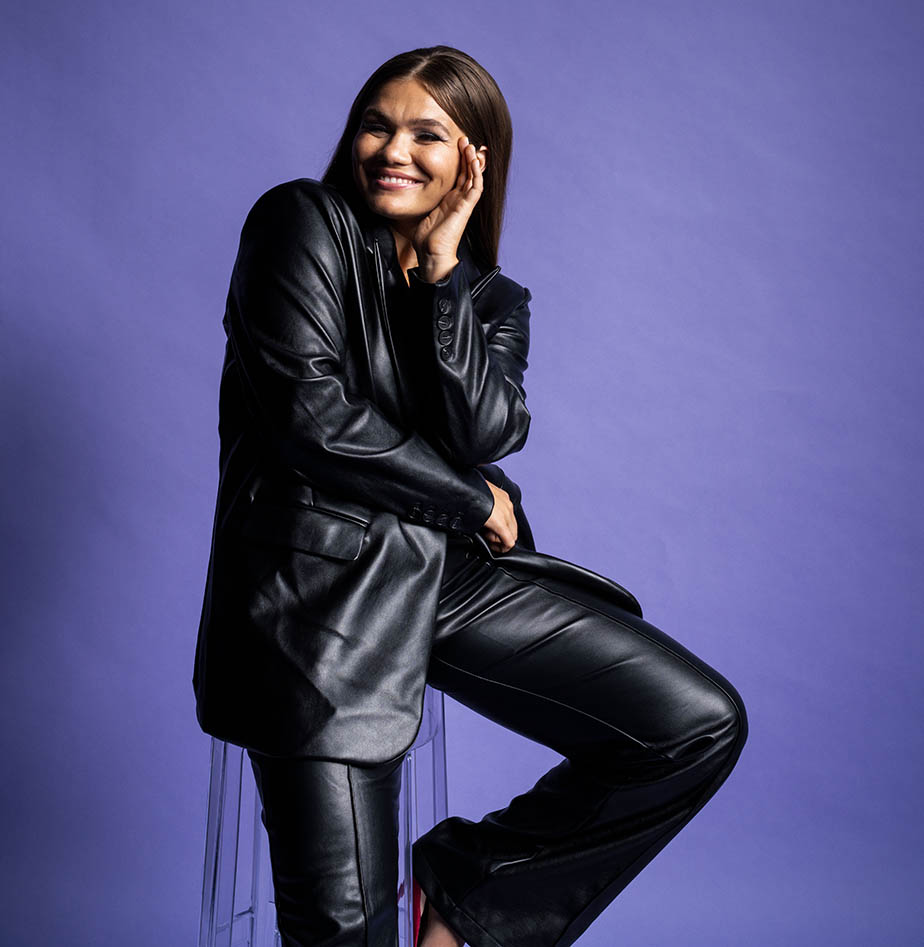 Having toured across the US with country superstar Brett Eldredge, recording a duet with new hot country artist Jimmie Allen performing on the TODAY Show, as well as the ultimate country music festival Stagecoach singer/songwriter Abby Anderson is ready to make some noise in the music industry with her latest single “Juicy.” Blending new age tones and personal, heartfelt storytelling with catchy, overarching pop melodies, the rising stars’ authentic and genre-bending sounds has just been released to the world with an upcoming album following the single.

Drawing inspiration from some of her favorite singers and songwriters, including Dolly Parton, Linda Ronstadt, Kasey Musgrave, Tina Turner, and Nora Jones, Abby’s music style is a direct reflection of the strong women she idolized growing up. Her upcoming single “Juicy” is about the emotional and spiritual fullness she feels from creating music and being a strong woman. Abby also draws inspiration from her friends and colleagues from the TikTok “615 House” where she, along with her other housemates, film content and push out new material frequently, having amassed 1.8 million followers and over 21.3 million likes. Born and raised in Southlake and Dallas, TX, Abby grew up in a religiously conservative family who were a part of the Mormon Church. From a young age, Abby looked to her mother and father, who introduced her to the world of music as her father was a prominent hymns composer and singer, and her mother was also a singer. When Abby was 14, she decided to transition into homeschooling courses to fast-track her graduation and help her get to Nashville, TN, quicker to pursue music. At 17 years old, with the full support of her family, Abby moved to Nashville to pursue her career in the music industry. Once settled, she began taking odd jobs around the city to support herself. She slowly began booking gigs and making a name for herself and was eventually invited to perform at the Grand Ole Opry.

While finding out who she was as a young adult, Abby began questioning her place in the Mormon Church. Having met so many different types of great people from all walks of life really made her question the rigorous rules of her former religion. In 2018 when she was 21, Abby began drinking for the first time, began flirting with men, and transitioned into dating freely without the pressures of religion. This would lead to her meeting her now-husband (Tyler) while she was on tour with Brett Eldredge at a show in Atlanta. After making a long-distance relationship work for the first two years of their relationship, the duo tied the knot in October 2021, as covered by PEOPLE.

When Abby is not in the studio, performing or filming content with the 615 House, she can be found beading, spending time with her husband in Nashville, and loves staying active by wakeboarding, surfing, and anything lake related.

StarCentral Magazine recently caught up with Abby to discuss her journey in the music industry, and here’s what went down:

I started playing classical piano when I was five and wrote my first song when I was nine. Growing up in Texas, music, especially country music, was always a big part of my family. I always knew I wanted to be on stage, perform and sing. I decided to start homeschooling so that I could focus more time on music and playing shows around Texas. I moved to Nashville when I was seventeen, and it’s been my home away from home ever since. 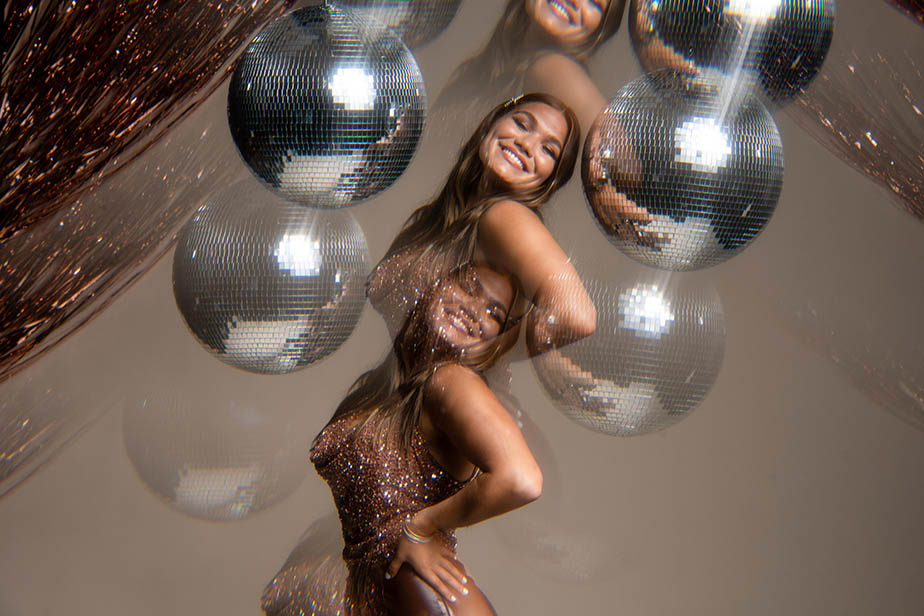 Can you tell us about your latest single?

Yes! It’s called “Juicy,” and I wrote it about feeling “full” for the first time in my life. Full emotionally, spiritually, and physically. I used to deny my wants for a while. Whether it was food or not, speaking up for myself. I would stuff my needs down, even my personality, my loudness, and my love for life, to make others feel more comfortable. That’ll wear you down pretty fast and, in my case, made me pretty sick. I finally learned I don’t have to shrink myself for the sake of others. That’s what “Juicy” is about for me.

What sort of person is going to love “Juicy”?

Hopefully the kind of person who likes good music because I think it’s awesome (laughs). 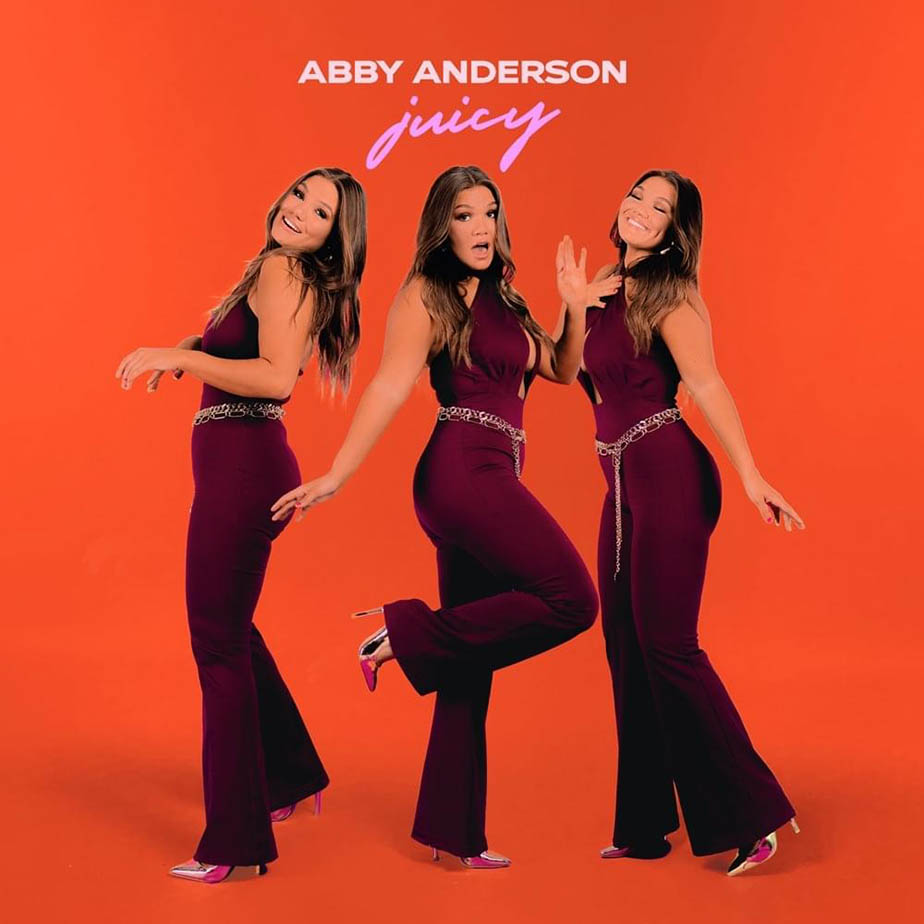 Sitting at the piano, being with the people I love, writing with people who inspire me.

Maybe I should have some cool ritual I do or mantra, but no, (laughs) the need to write something will hit me randomly sometimes, but most of the time, I wake up, and I go write a song with my friends. I think the practice of creativity helps me stay in it.

I think overall, there is an underlying message of “everything is gonna be okay” in my music. I’d like people to listen to it, especially this debut album, and feel compassion for themselves, forgiveness, and love.

Making my Grande Ole Opry debut and getting a standing ovation. I felt imposter syndrome to a new level, (laughs) the most humbling experience of my career for sure. 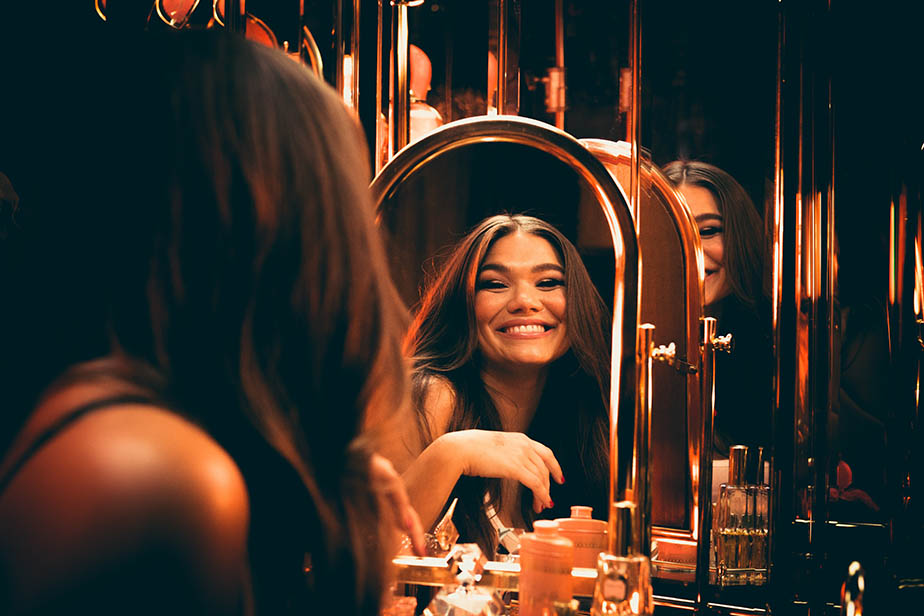 I’ve never thought about it like that, but yes, I think I do. Sometimes it’s hard for me to articulate what I feel or think. And so, as hard as I try to put it all in a song, it’s hard for me. I’ve noticed that sometimes words are not enough, and they never will be. Maybe we all understand what we’re trying to say better than we realize.

My Mother. Her style, her love for music, and the artists she turned me onto from a young age. I wouldn’t have my love for music or songwriting if it weren’t for her.

I don’t remember ever “deciding” to make music. It was just always there. Moving to Nashville felt like a necessity like there really was no other thing I wanted. So in many ways, it felt more like an intense desire than a want. I don’t know about it “choosing me.” That feels a little weird to say (laughs), but I do love it. There was never a plan B.

Why did you feel you had to leave your religion?

I think of it more as something I grew from. I learned a lot from the religion I was raised in, and I’m thankful for the foundation it gave me. I have a lot of family still active in religion, and I think it serves its purpose. I found though, that I wanted to learn more. I felt from a young age that there just had to be more out there than what I believed. More truths, more stories, more lives and forms of thought bigger than my own. One day I noticed my spirit didn’t align with what I was hearing in church anymore. It was time to continue a search for new lessons.

Inside and outside of my career, I just want to keep growing. We just booked my first headlining show in Nashville; more touring this fall, including going to Australia for the first time, releasing my debut album, and then just writing and releasing music. I want to keep learning. I’ve actually thought about returning to school and getting my high school diploma taken care of, so we’ll see. Also been brushing up on my Spanish. I’ve always envied the fact that both of my parents are fluent, and I never learned. Just keep going. Just keep growing.