Vote now for who you think should be the hottest up and coming male model of the month for April 2013! If you feel that you or someone you know deserves to be a featured as one of the up and coming male models of the month then let our talent coordinator know by emailing eileen@starcentralmag.com and we’ll get back to you as soon as we can! Please keep it in mind that any person who leaves negative, unpleasant and unnecessarily rude or derogative comments will be removed and banned from this site permanently. We will ONLY approve comments that are constructive to the contestants. Let’s just keep this voting poll fair and fun! 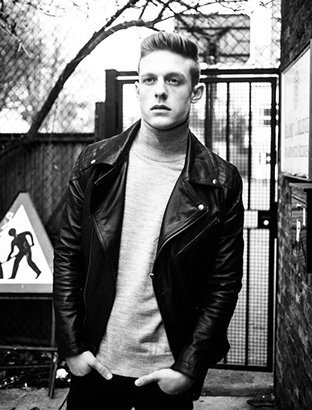 Nick Rock is an aspiring 21 year old model who is currently on his final year at Southampton, UK – he has a huge passion for football. He has always dreamt of becoming a successful model growing up and watching programs such as ‘Britain’s Next Top Supermodel’ and he always keeps up to date with the latest fashion trends. With his strong, ‘cheeky-chappy’ personality combined with his sharp, classical look, motivation and determination – it is only a matter of time before Nick becomes successful in his chosen field. 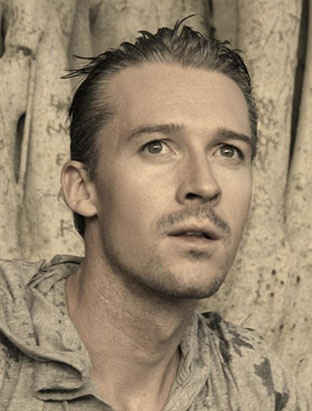 Shaun Phillip Cantwell spent his early years in the USA and then he went backpacking to New Zealand. He’s actually had quite a journey; he has visited over thirty countries so far and he even became one of the few people to reach the South Pole in Antarctica. He just recently moved to Sydney to continue his modelling and acting career after finishing a second season on ” Hawaii 5-0” as a photo double and stand-in. You can also spot him in the upcoming international Samsung Note II commercial and the soon to be released music video “So Hard for You” featuring Grammy Award winner Gotye. A love for nature and travel has taken Shaun to some of the most amazing places in the world. He believes that having a positive attitude is essential to finding happiness. 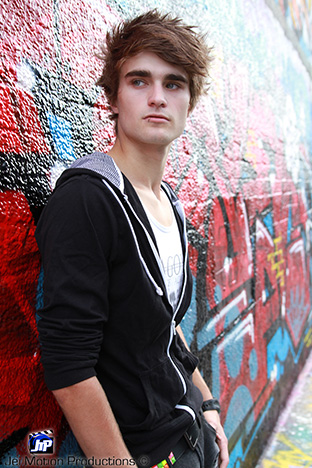 Leslie Fletcher is a 20 year old model who just recently got into modelling. He considers himself as punctual, respectful, focused, cooperative and helpful. He also considers himself as a bright, bubbly, “out there” kind of guy who is pretty laid back and loves to have a good laugh. His other interests include bartending, meeting new people as well as playing hockey and various other sports. 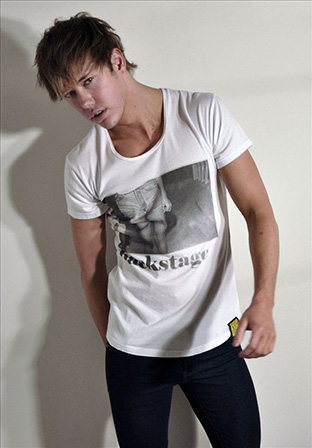 Nick has been modelling for the past 8 years now and he is currently represented by the Platform modelling agency which is a Sydney based agency. He got into modelling because he believed that he had an interesting look being Eurasian (part Japanese/German Australian) and he was told from a young age that he was very photogenic and that he also had the right physical attributes for catwalk modelling. Outside of modelling he is a nationally ranked middle distance runner and he also owns his own label called Lane 5ive (www.lane5ivedesign.com). He has a Bachelor of Design degree under his belt and he is currently studying his Secondary Education degree. He’s a member of the Uts North’s Athletics club and he does a lot of charity work for Guide Dogs as well as the Parkinson’s Foundation to raise awareness about Parkinson’s disease since his grandfather suffered from the same ailment.

Vote for who you think should be the “hottest up and coming male model of the month ” in the poll below! The winner will appear in our website and will be in line to be featured in our magazine. The poll closes on the 4th of April, 2013 at 1am AEST and you are eligible to vote only once per day (after you’ve voted, 24 hours must pass after the time you voted, for you to be able to see the voting form and vote again the next day). Please note that voting is also restricted to just ONE vote per IP address. Vote NOW and make your voice heard! 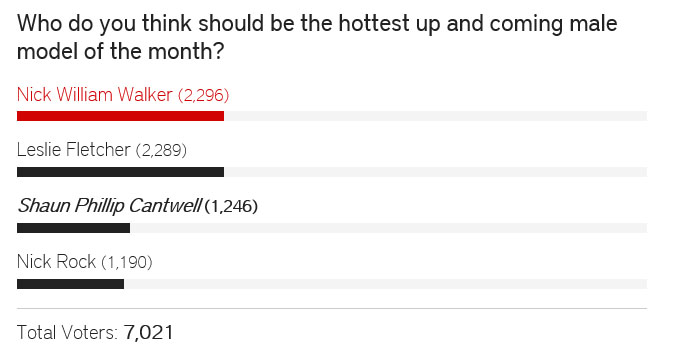