Vote now for who you think should be the Sexiest Man of the month for February 2014! If you feel that you or someone you know deserves to be a featured as one of the Sexiest Men of the month then let our talent coordinator know by emailing eileen@starcentralmag.com and we’ll get back to you as soon as we can! Please keep it in mind that any person who leaves negative, unpleasant and unnecessarily rude or derogative comments will be removed and banned from this site permanently. This is not a page where you can post your rants – we will ONLY approve comments that are constructive to the nominees. Let’s just keep this voting poll fair and fun! 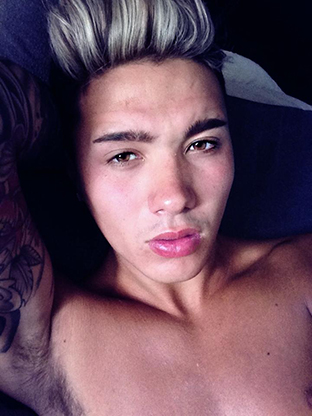 Warren Godman currently lives in the UK. He loves modelling and keeping himself fit and healthy. He would love to travel the world so he could experience different cultures and backgrounds. He’s a very friendly person who loves a “good old chat” with anyone. 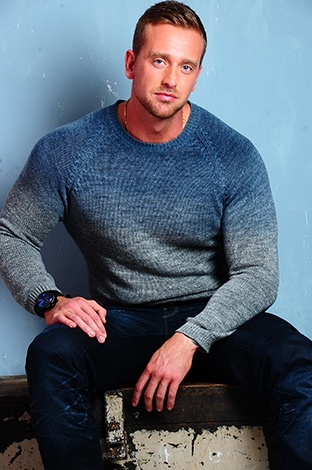 Chris Chambers is 27 years old and he hails from the glorious city of Nottingham where he was born and raised. He has just recently left the British Forces; he served for 5 years with 2 different regiments first was 29 commando down in Plymouth and the second one was the 4th Regiment Royal Artillery in North Yorkshire where he spent the majority of his five years in service as well as completed two tours of Afghanistan on the front line. He’s a single father to a beautiful 3 year old girl called Sophia who currently lives with him. He has always wanted to be a model before he joined the army and now he has the time for modelling so he’s trying to see how far he can go with this career. 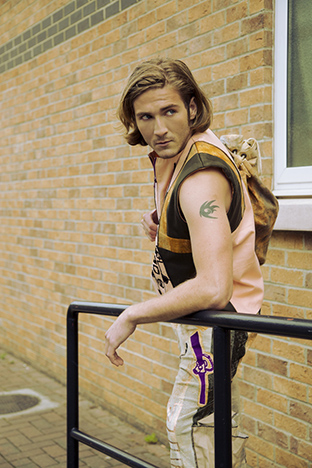 Buster Tindale is a 25 year old model who hails from London, England. He works as a Healthcare Assistant on a surgical ward and he likes his job because it allows him to help others in need which he really finds fulfilling in life. When he’s not at work, you can usually find him down at the gym or at the Skate Park keeping himself in shape. He spends a lot of time in the steam room and he follows a really healthy diet full of vegetables, herbs and spices. He has worked incredibly hard this year to look his best as he has never had the confidence before but this changed when he came back from a year travelling around Canada. He is now driven and confident and he’s no longer scared to chat up a nice lady at the bar. As a result of his newfound confidence he’s a commercial model now.

Vote for who you think should be the “Sexiest Man of the month” in the poll below! The winner will appear in our website and will be featured in our magazine. The poll closes on the 25th of February, 2014 at 1am AEST (Sydney, Australia time) and you are eligible to vote only once per day (after you’ve voted, 24 hours must pass after the time you voted, for you to be able to see the voting form and vote again the next day). Please note that voting is also restricted to just ONE vote per IP address. Vote NOW and make your voice heard!

THE VOTING POLL HAS NO CLOSED