Vote now for who you think should be the Sexiest Man Of The Month for July 2014! If you feel that you or someone you know deserves to be a featured as one of the Sexiest Men Of The Month then let our talent coordinator know by emailing eileen@starcentralmag.com and we’ll get back to you as soon as we can! Please keep it in mind that any person who leaves negative, unpleasant and unnecessarily rude or derogative comments will be removed and banned from this site permanently. This is not a page where you can post your rants – we will ONLY approve comments that are constructive to the nominees. Let’s just keep this voting poll fair and fun! Tom was born in Sheffield, UK and he currently lives in London working as a model, actor and personal trainer. He’s had many years of modelling experience and recently he’s had some great acting experiences too. He has worked on some pretty big British feature films such as Skyfall and About Time. Nicholas Beckwith was originally from Christchurch, New Zealand but he has spent the last 4 years working and studying across Australia and Japan. He is a professional performer and model and his most recent job is at Tokyo Disney Resort. He likes to spend his spare time exploring coffee shops and food places in various hidden locations. In the future he is hoping to become a stage / events director. 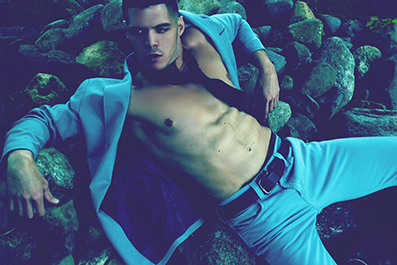 Michael Joseph is an actor, model, singer, and fourth grade teacher in an inner city school. For the past four years he successfully held off a weight loss of over 200 lbs and that’s surgery free. He has dedicated his life to his career, to perfecting his crafts, to fitness, and he can proudly say that he currently has the body that he has always wanted. He believes that being sexy means staying focused, knowing where you came from, working at your dreams, and having confidence above all else – but of course, a six pack doesn’t hurt either! He believes that being sexy is a state of mind and it has to start from within you. Petar Ivanov originally hails from Bulgaria but he is currently living in London. He has been working for the past 3 years in Ayia Napa, Cyprus, as lifeguard by day and P.R. manager at a night club at night. He is currently in London to pursue a modelling career. Johnny originally hails from Venezuela but he is currently living in Ireland. He likes to do his best in everything he does and he believes in following his dreams. He loves music, sports, art and animals and he wants to live every experience in a unique way. He also has a high sense of humanity because he loves helping other people.

Vote for who you think should be the “Sexiest Man Of The Month” in the poll below! The winner will appear in our website and will be featured in our magazine. The poll closes on the 31st of July, 2014 at 1am AEST (Sydney, Australia time) and you are eligible to vote only once per day (after you’ve voted, 24 hours must pass after the time you voted, for you to be able to see the voting form and vote again the next day). Please note that voting is also restricted to just ONE vote per IP address. Vote NOW and make your voice heard! 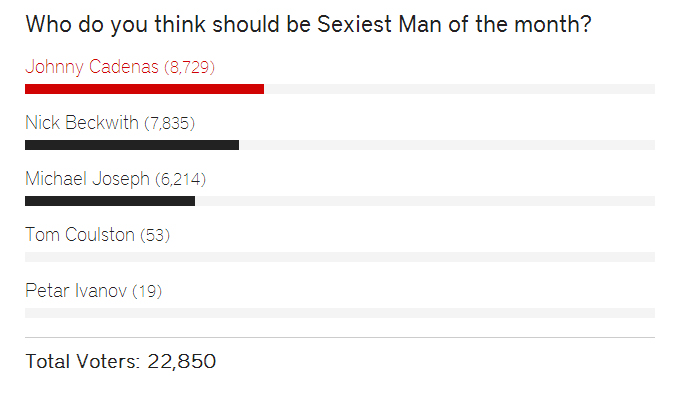 Read More
daily.starcentralmagazine.com/top 10 sexiest men of the month is a top-list of the sexiest up and coming as well as established men from all over the world.
Read More
0
0
20