Vote now for who you think should be the Hottest Bachelorette of the month for February 2014! If you feel that you or someone you know deserves to be a featured as one of the Hottest Bachelorettes of the month then let our talent coordinator know by emailing eileen@starcentralmag.com and we’ll get back to you as soon as we can! Please keep it in mind that any person who leaves negative, unpleasant and unnecessarily rude or derogative comments will be removed and banned from this site permanently. This is not a page where you can post your rants – we will ONLY approve comments that are constructive to the nominees. Let’s just keep this voting poll fair and fun! 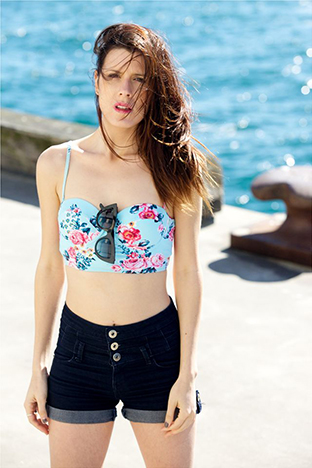 Actor. Singer. Model. 23 year old triple threat Anna Gambrill is taking Sydney by storm. From kooky cabaret’s to comedy web series, this girl definitely has passion…and she’s not afraid to show it. Currently performing as ‘Baby Spice’ in the Southern Hemisphere’s only Spice Girls Tribute Band, she can’t wait to tour with this group internationally through 2014 to celebrate the Spice Girl’s 20th Anniversary. Currently unsigned, Anna is a raging optimist and believes that no matter how you feel, you’ve just got to get up, dress up and show up! Her next goal is to take her modelling career overseas, to connect, collaborate and ‘spice up her life’. 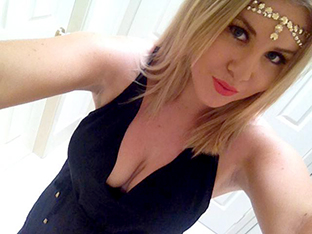 Caoimhe MacCarthy is 21 years old and she was born in Australia to an Irish family. She spent most of her early years in Cork, Ireland and eventually moved back to Australia to start Kindergarten when she was six years old. She has since then lived in Sydney and the Gold Coast before relocating to North Avoca on the Central Coast of NSW with her mother, sister and brother. She is currently a Journalism student at the University and she hopes to go back at a later stage to also complete a Bachelor of Nutrition and Dietetics. She’s a bubbly, open-minded, mature young woman who always strives to do the best she can. She’s also extremely passionate about music, fashion and accomplishing her dreams. 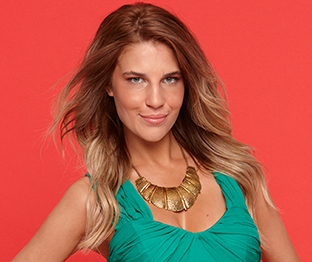 Ntula MacDonald is a 19 year old Aussie girl who is down to earth and loves meeting new people. She was a Grand Finalist on the popular TV show Beauty and the Geek Australia and it was the best experience of her life. She loves to travel and hopes to make a career out of it one day.

Vote for who you think should be the “Hottest Bachelorette of the month” in the poll below! The winner will appear in our website and will be featured in our magazine. The poll closes on the 26th of February, 2014 at 1am AEST (Sydney, Australia time) and you are eligible to vote only once per day (after you’ve voted, 24 hours must pass after the time you voted, for you to be able to see the voting form and vote again the next day). Please note that voting is also restricted to just ONE vote per IP address. Vote NOW and make your voice heard! 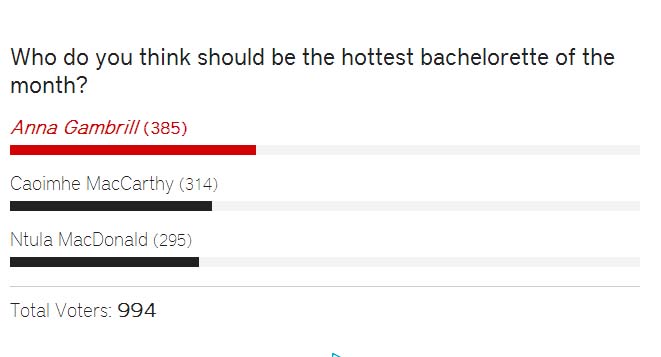