10 Sexiest Women for the Month of May 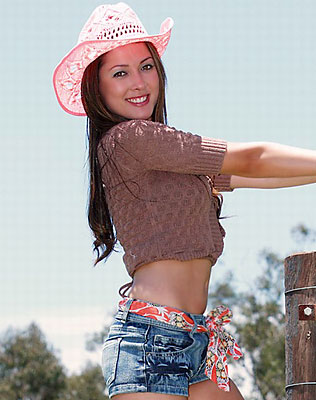 Gloralea’s very first time on stage was when she was about 6 or 7 years old as an Angel when she sang ‘Wind beneath my wings’ by Bette Miller, from that day onwards she craved the spotlight. She enjoys singing and has performed locally throughout the years mainly for charity events. She has also done drama classes and has been heavily involved on stage theatre productions. When she takes off her stilettos and lets her hair down you’ll find her outdoors – bushwalking, in the sun, the water, the country. She was crowned the Model Quest Winner for 2005 and since then she has done various gigs in magazines as well as on stage modelling events. She’s also done photo shoots for established companies such as Jets swimwear and Bonts gym wear. 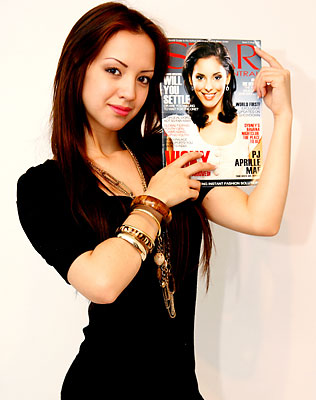 Her flowing jet black hair, alluring proportions and stunning face make Adriana Osbual a true beauty personified. She is currently 20 years old, studying bachelor arts/master education (secondary) at UWS. She’s also into gym and playing badminton on her spare time. She exploded onto the modelling scene when she was crowned as the 2008 Model Quest winner and then shortly afterwards she became StarCentral Magazine’s ultimate cover girl winner. Her stunning and glowing healthy beauty is also scheduled to grace the cover of the next issue of StarCentral Magazine. With the way she’s going, we believe she’ll be continuing on that ladder of success for many more years to come. 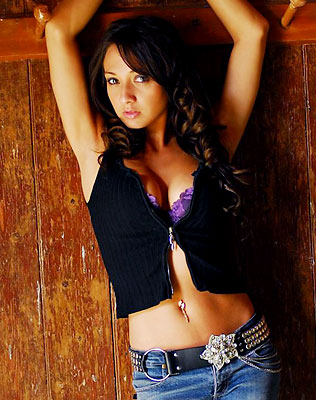 Sarah started in the modelling industry by entering the 2006 Ralph swimwear model of the year; she then went on to win her venue final and represented Victoria in the national finals. Since then she has entered Miss V8 round 11 where she came 3rd, she also won her venue final on the ‘Who looks best in their little black dress’ competition where she came 5th overall. She had also entered the 2006 Zoo Weekly Real girls where she ended up becoming the 2nd runner up. Since then she has done shoots for Auto Salon, Zoo Weekly and Ralph Magazine. Wherever she goes, Sarah Hilton definitely keeps it sexy. 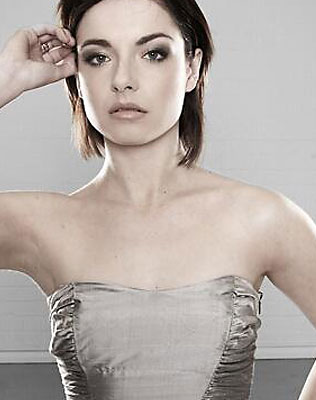 The rise of Ashley Anne Scotland in the world of modelling is nothing short of meteoric. Indeed, it wasn’t long before her maddeningly catchy smile hit a lot of fashion shows and events. This gorgeous lady has proven to be quite an unforgettable character that’s hard to dismiss. She was an artistic gymnast for 8 years and a dancer for four years specialising in ballet, contemporary, hip hop, funk and jazz. She blasted onto the modelling world by initially winning a national competition mid last year through her pharmacy vying to be the face of QV Face Skin products for 2006. Since then she has done some catwalk jobs for St George Advanced Diploma Fashion Design Students for ranges … Electric Avenue, TEEKI and Paper Roses as well as Darling Harbour’s Annual Boat show. She has done some promotional work for a variety of companies such as Drive.com, Moda Models at careers expo, Mainly Sea Eagles (NRL) and NAD’s Hair removal. She was also chosen to be a hair Model for Philip Barwick and Adam Browne, Australia’s top two hair stylists for Hair expo 2007. As you can see, Ashley Anne is not just a girl who’s most wanted but also most sexy! 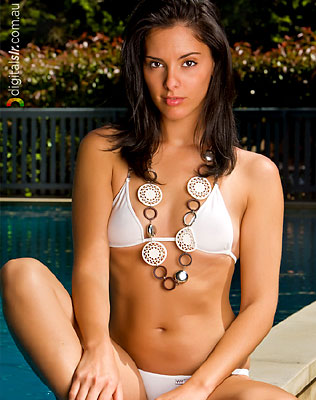 If you think you’ve seen Victoria somewhere before, you’re probably right. On the side of a Sydney bus most likely! Victoria Franco, last year’s StarCentral Cover Girl winner, was also the face of Sagem mobile phones a year ago, with ads appearing on TV, Sydney buses, magazines and billboards. But that’s not all. Victoria has also done work with Home and Away, the current TV ad for Toyota, fashion shows such as for White Kitten (a fashion label featured in our last issue) and the cover for Hot4s magazine…to name just a few. So it’s no wonder that the South American beauty won our competition!

Believe it or not, Victoria only began modelling only 2 years ago. It was a good friend who owned her own modelling agency that encouraged her to enter StarCentral’s Cover Girl competition. Having never entered a pageant-like event before, she felt that she “had nothing to lose” and that it would be a “good learning experience”. Surprised and shocked upon winning the contest, Victoria was not at all expecting the honour.

Born in Uruguay, South America, the only child, (“NO, I was never spoilt!) moved to Australia with her parents when she was 4 years old. In the course of her modelling career so far, Victoria has “had the pleasure of meeting lots of interesting people and places and I’ve enjoyed every minute of it.” Meeting Aussie celebrities and working with some of the best photographers in the business, the 23 year old hopes to “eventually be the face of a leading make-up company”. She also dreams of getting into acting and travelling overseas.

A great body, an unforgettable face, an impressive portfolio and a kind heart all combined definitely ensured that Victoria Franco was the undeniable pick as the sexiest woman for the month of May.

Read More
Vote now for who you think should be the Sexiest Woman Of The Month for October 2017! If you feel that…
Read More
0
0
0

Meet the woman behind the cover of StarCentral Australia: Lili Liu

Meet the entrepreneur behind the cover of Global Millionaire magazine: Michael Smith

Meet the entrepreneur behind the cover of MoneyCentral magazine: Tendul Raj

Meet the entrepreneur behind the cover of InLife International: Dr. DL Wallace

Meet the model behind the cover of Sassy & Co magazine: Abi Grigsby

Meet the entrepreneur behind the cover of Model & Mode magazine: Armand Peri

This 70s-Style Knitwear Brand Is Taking The Internet By Storm