Sexiest Women Of The Year – 2014 Edition

Vote now for who you think should be the Sexiest Woman Of The Year for  2014! If you feel that you or someone you know deserves to be a featured as one of the Sexiest Women Of The Month then let our talent coordinator know by emailing info@starcentralmag.com and we’ll get back to you as soon as we can! Please keep it in mind that any person who leaves negative, unpleasant and unnecessarily rude or derogative comments will be removed and banned from this site permanently. This is not a page where you can post your rants – we will ONLY approve comments that are constructive to the nominees. Let’s just keep this voting poll fair and fun! 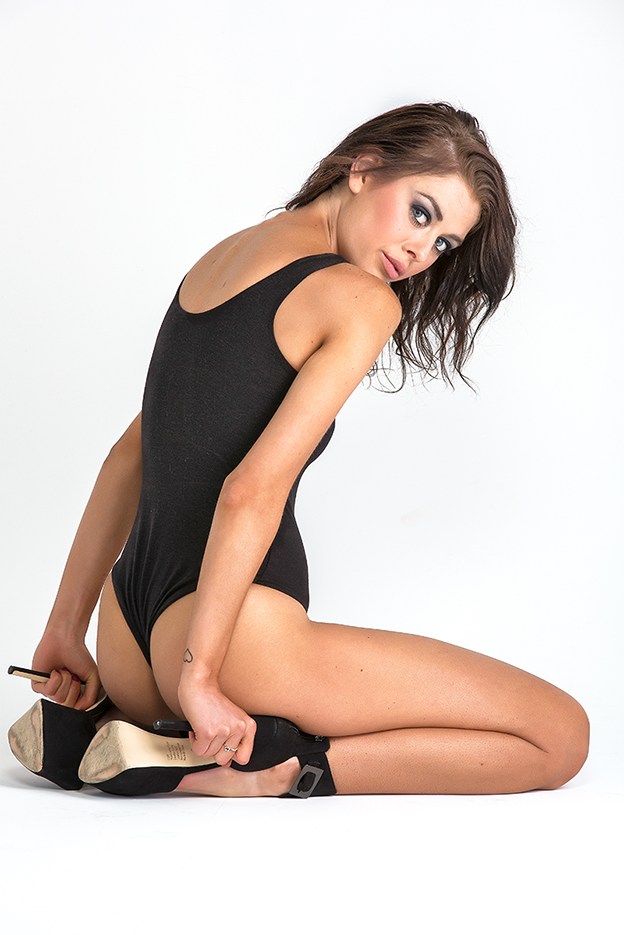 Hayley Gittus is a 22 year old model who hails from Australia, Tasmania. She’s a brand ambassador/model and she is hoping to make it onto the big screen. She dreams to be an actor someday because that is where her heart lies. She has a beautiful family and the most special friends. She lived on the Gold Coast for over a year and she hopes to return back in the near future. She loves exercising and keeping active. 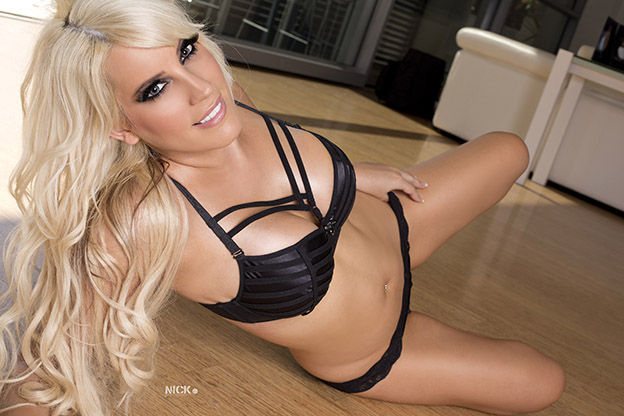 Samantha Lee lives in Sydney , Australia, she is 26 years of age and she is a student studying psychology at a University. She’s an animal lover and fitness enthusiast and when she’s not studying or at the gym you will find her soaking up some rays at the beach. She has been modelling for around 6 years now and she has been featured in a number of magazines and calendars as well as various international features. 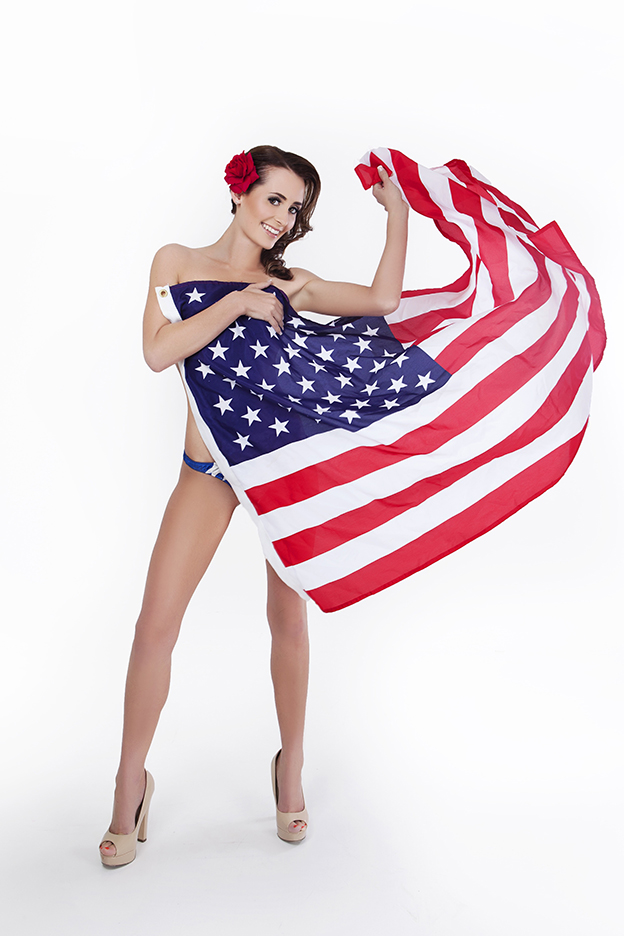 Katrina Dunlop -is a lingerie model who hails from Auckland, New Zealand. She loves hot yoga and surfing. She also does pin-up modelling and in fact her favourite photographer is Talia from MissT Pinups. She also loves travelling especially to warm tropical places. 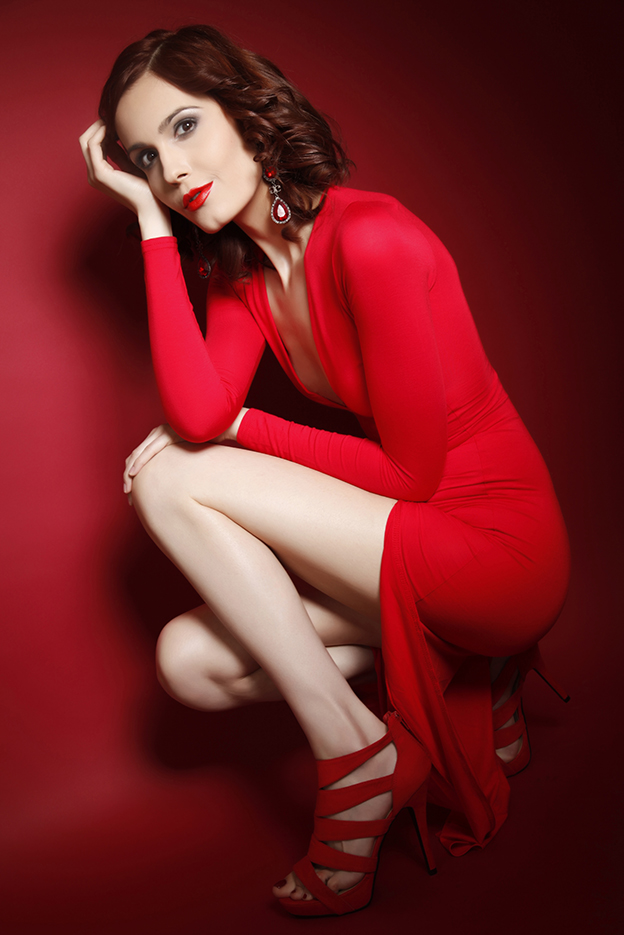 Christina is a professional international model and make-up artist based in London, England.  She has a versatile look and a fine bone structure with beautiful porcelain skin and auburn hair that photographs and films well.  She has high-fashion runway experience, having modelled at New York, London and Paris Fashion Weeks and she has also modelled at celebrity shows at the Cannes Film Festival and Monaco Grand Prix.  She’s young, confident and sexy, and she has that “je ne sais quoi” that makes her intriguing & alluring – she’s unique with an international look and sex appeal. 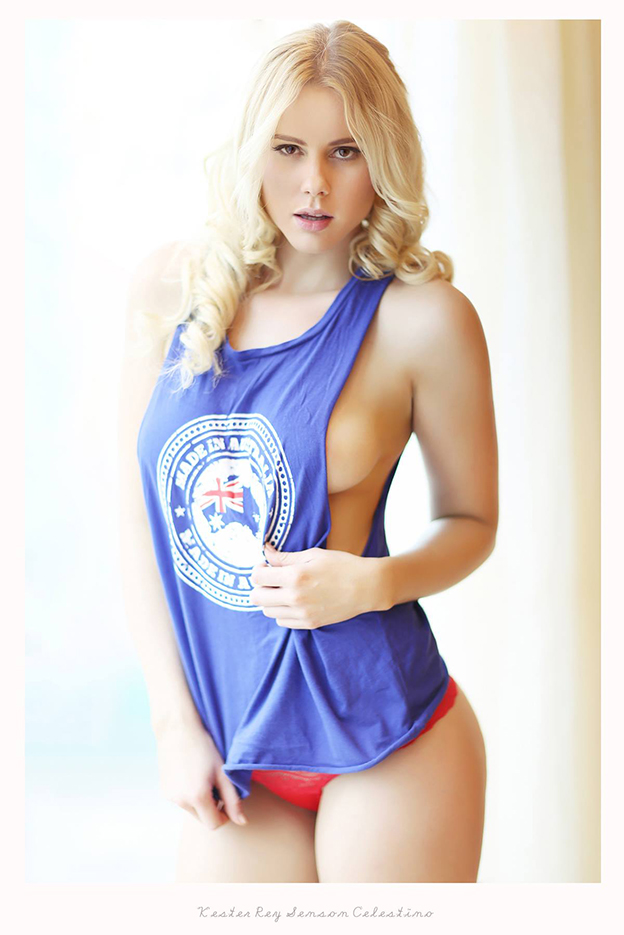 Samantha is a model and actress based in Macau, China. She’s a Miss Universe Australia 2014 QLD State finalist and Supermodel of the year QLD state finalist. She recently did a photo shoot for Australian designers such as, Miss Maestro designs, Aprils Chance, Sew PIx Clothing, When Freddy Met Lilly and she’s also part of the launch for the new natural mineral makeup group KIBI. She has appeared in the International Fashion Week runway and represented various designers such as Hive Swimwear, Hungry Wolf the Label, Sunflair, Plague of Man, Truella and Butcher and The Crow. She graduated from Brisbane arts theatre back in 2014 and then she moved to Macau to pursue her modelling career.

Vote for who you think should be the “Sexiest Women Of The Year” in the poll below! The winner will appear in our website and will be featured in our magazine. The poll closes on the 28th of January, 2015 at 1am AEST (Sydney, Australia time) and you are eligible to vote only once per day (after you’ve voted, 24 hours must pass after the time you voted, for you to be able to see the voting form and vote again the next day). Please note that voting is also restricted to just ONE vote per IP address. Vote NOW and make your voice heard! 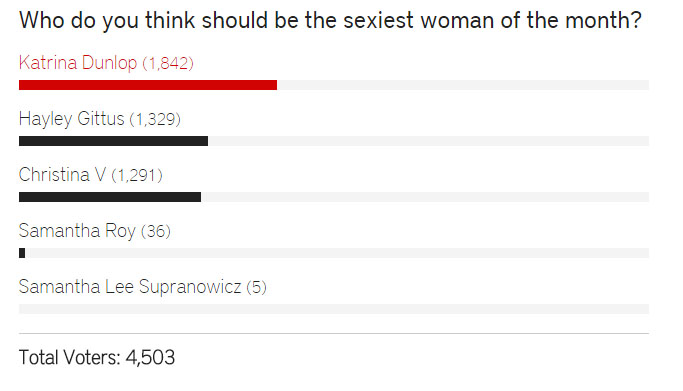