Vote now for who you think should be the Sexiest Woman Of The Month for August 2015! If you feel that you or someone you know deserves to be a featured as one of the Sexiest women Of The Month then let our talent coordinator know by emailing lex@starcentralmag.com and we’ll get back to you as soon as we can! Please keep it in mind that any person who leaves negative, unpleasant and unnecessarily rude or derogative comments will be removed and banned from this site permanently. This is not a page where you can post your rants – we will ONLY approve comments that are constructive to the nominees. Let’s just keep this voting poll fair and fun! 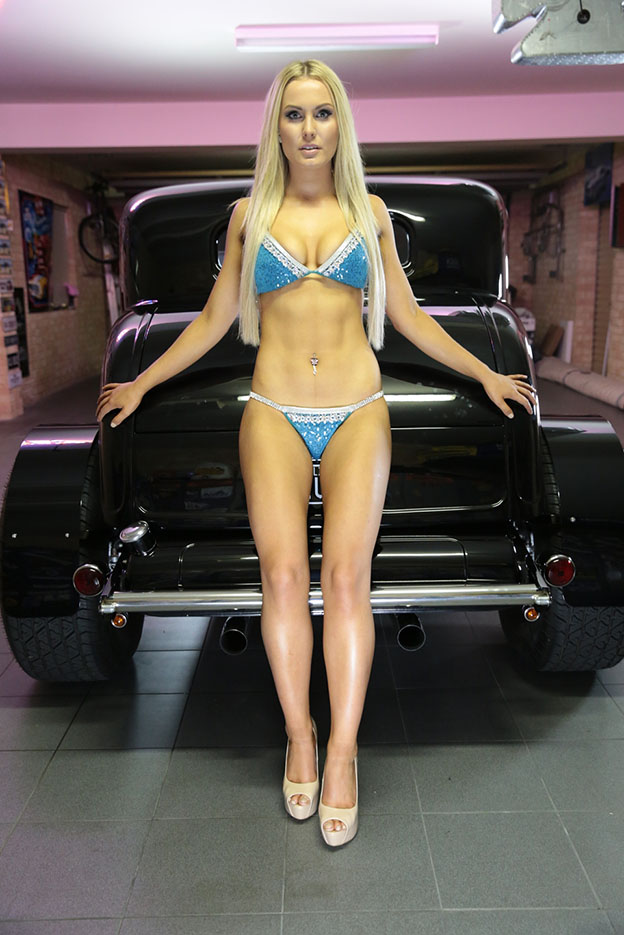 Mikaela Willigen is 18 years of age and she’s a university student from Perth, Western Australia. She is currently completing a double degree in science and business at Edith Cowan University. In addition to studying, she started modelling through Perth Modelling Academy early 2015. She is now a freelance model, regularly competing in bikini competitions through Crazy Sexy Cool Australia. 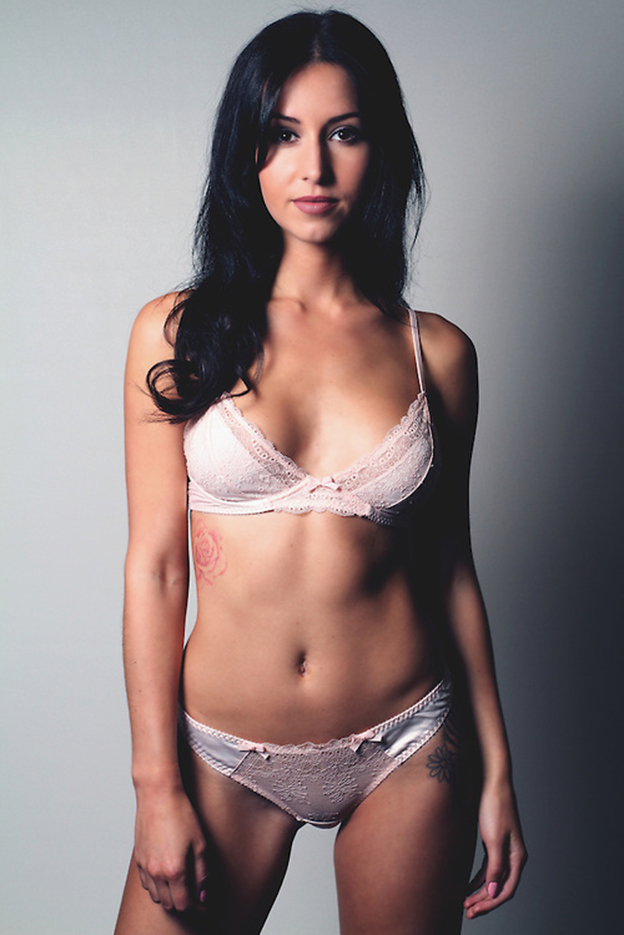 Shelly Dulieu is an Essex girl currently living in the City of Leeds in the UK. She’s currently working her way to being a full time model. She enjoys keeping fit, dancing, films and eating sweets at the cinema. 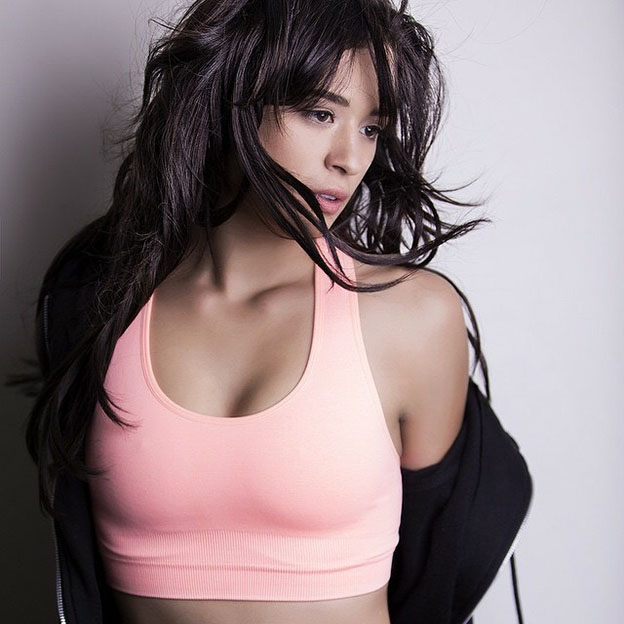 Sharne is 20 years old and she is a special half cast mixture of Dutch and Maori. She’s a massive health and fitness enthusiast, and has a passion for modelling. One of her aspiring goals is to to compete in an nzifbb bikini competition in 2016. By day she is a director and key account manager of a recycling company. Her strong business mind and beauty make her the woman she is today. She was also a finalist for Miss Universe NZ and Miss Bikini NZ. 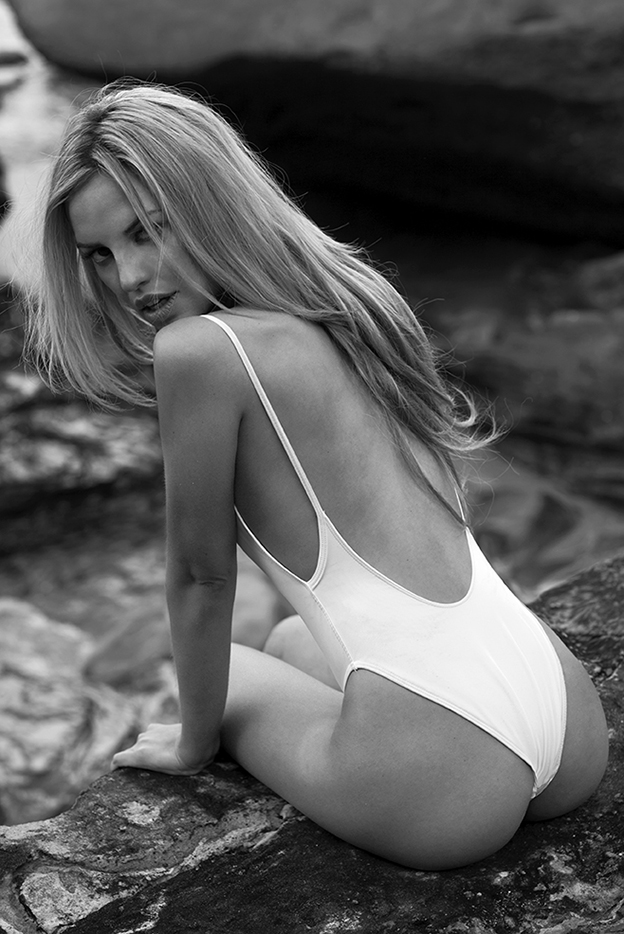 Sabrina Brandon is currently 25 years old and she’s based in Sydney, Australia. She grew up in Byron Bay with a very active lifestyle of surfing, ballet, martial arts and cheerleading. She moved to Sydney to pursue acting and modelling professionally. She recently graduated a three year acting diploma and was the lead role of a William Shakespeare’s play called “Measure for Measure” performing 12 shows in Sydney and Europe. She’s had a successful pursuit of modelling and beauty pageants and in fact, she was the winner of Miss Sydney Fitness Model of 2014 and finalist of Miss World and Miss Universe. 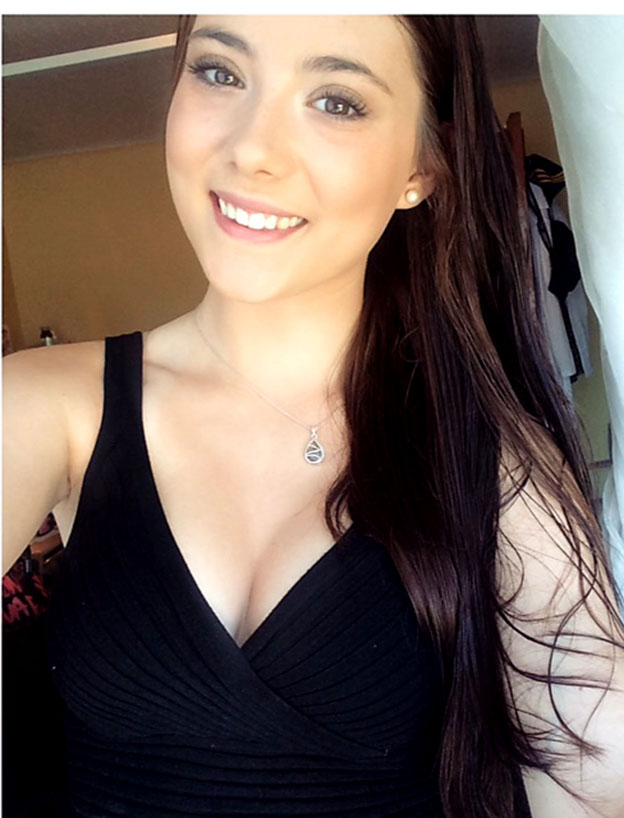 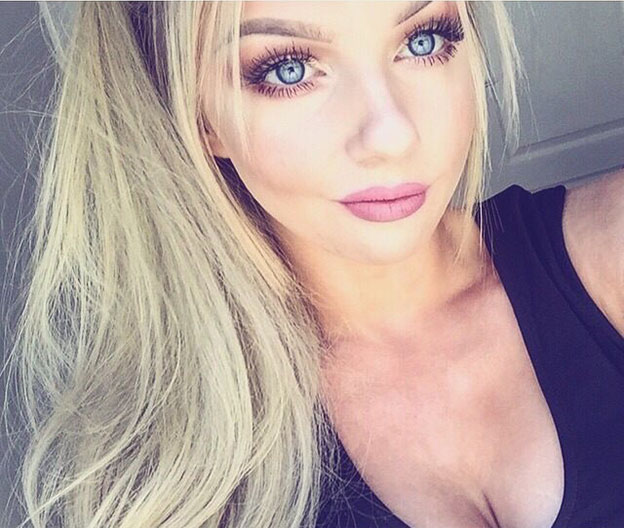 Beth Medforth is currently 18 years old and she was born in the UK, she’s currently working alongside Mark Hill who’s the International hairdresser of the year. Her friends would describe her as being patient, caring and bubbly. She’s very sociable and she loves spending time with people. Her family is very important to her and she always ensures that she puts 100 percent into whatever she does to make them proud.

Vote for who you think should be the “Sexiest Woman Of The Month” in the poll below! The winner will appear in our website and will be featured in our magazine. The poll closes on the 27th of August, 2015 at 12am AEST (Sydney, Australia time) and you are eligible to vote only once per day (after you’ve voted, 24 hours must pass after the time you voted, for you to be able to see the voting form and vote again the next day). Please note that voting is also restricted to just ONE vote per IP address. Vote NOW and make your voice heard! 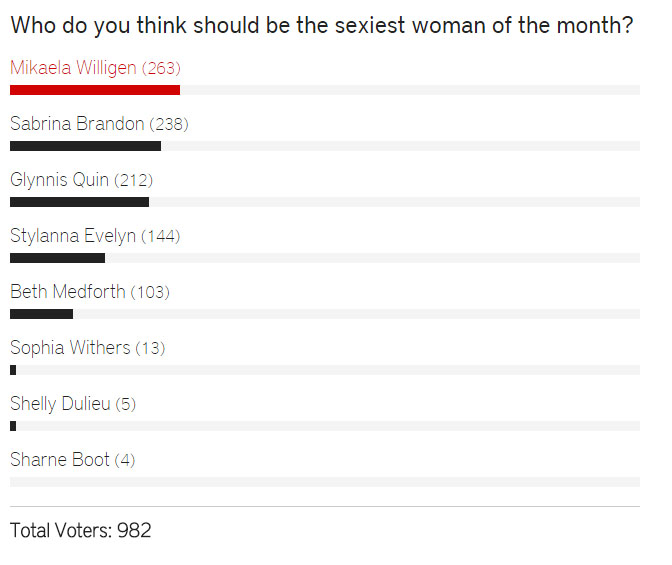