Featured Event Of The Week: Nelly At Enmore Theatre, Sydney

What: Hailing from St. Louis, Missouri, Nelly has always had a broad crossover appeal with his pop-rap approach to RNB. His debut 2000 album Country Grammar peaked at #1 on the Billboard 200 Album Chart and #4 on the ARIA Album Chart. It has sold over 10 million copies worldwide and is a certified diamond in the US, making it Nelly’s best-selling album to date. Since then, Nelly has put out six more albums, won two Grammys and worked with megastars Justin Timberlake, Pharrell, Ciara, The Neptunes, and Fergie to name just a few! Nelly has stayed hot on our radios for the past 18 years, putting out iconic jams ’Dilemma (ft. Kelly Rowland)’, ‘Ride Wit Me’ and ‘Just A Dream’, which have collectively amassed over 1.5 billion streams across YouTube and Spotify. Showing no signs of slowing down, his latest single ‘Freaky With You (feat. Jacquees)’ was released in April of this year and already has over 4 million streams on YouTube. 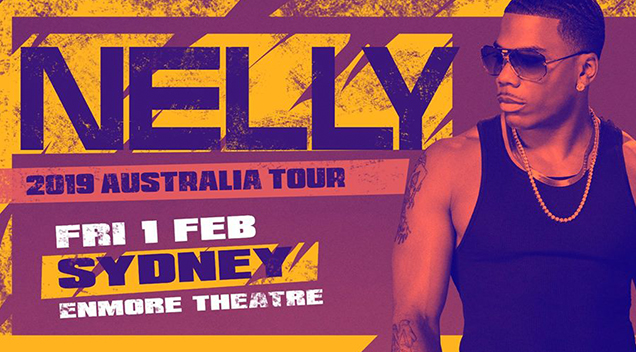 s:  Nelly Down Under