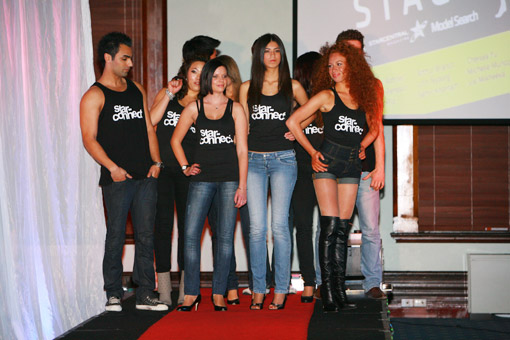 On Friday the 23rd of June I attended the Centre Stage Model Search of 2010 to find the top male and female model of the night. And I must say that this fresh offering by the International College of Management students led by Jocelyn Ma has been quite a nice surprise!

The male models were Andreas Rohner, Arthur Branco and Cliff Mann. And for the ladies, we had Chelsea Yu, Johanna Persson, Linn Nyborg, Michelle Munoz, Patricia Pilz and Val Mikheeva. The contestants battled it out in five exciting catwalk sets.

The first set saw the ten hotties walk down a winter wonderland runway under the theme of ‘winter in Berlin’. There were lots of fur, beanies, scarfs and leather gloves on these snow bunnies.

Set two saw the runway getting hotter as the clothes came off for the theme ‘summer in Miami’. The models were showing a lot more skin and wearing bikinis, shorts, sarongs, and sunglasses. Some even had their beach towels slouched across their shoulders as if they were ready for a swim!

The clothes then piled back on for set three, ‘Business in Hong Kong’. Pinstripes, lots of black, crisp white shirts and pencil skirts were flying down the runway. One guy even wore braces- but don’t be fooled these are not the new key trend!

The fourth set saw the contestants in the theme of ‘After 5 Fashion in Paris’. All the cocktail dresses in every color strutted down the catwalk while the men wore tailored blazers paired with dress pants. Thumbs up to the beautiful cocktail dress worn by the ladies – they were all created by budding fashion designer Maria De Guzman and boy were they hot!

Like any other modeling competition, the models were later asked why they believe they should win the Centre Stage Modeling contest 2010. Thankfully no one mentioned cliche responses such as ‘world peace’ or anything of that nature! The model’s responses more so consisted of statements like “because I’m perfect!” One model even asked the audience, ‘Is there any reason you shouldn’t pick her?” Amusingly, one of the models actually stated that she should be chosen because a short model should be given a go! 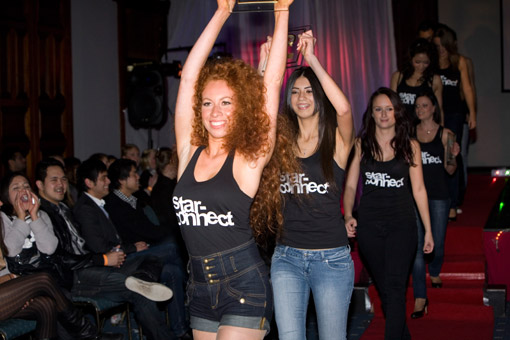 The models eventually had one more chance to strut their stuff down the runway in order to show the audience for the final time why they should be crowned Centre Stage’s top male and female model. For the final set, they all danced their way down the runway to a catchy beat which seemed to also pump up the audience. One memorable moment I recall was when one of the models Arthur ripped his shirt off to reveal a great set of abs! Suddenly, squeals of excitement echoed through the room! Even the young man next to me couldn’t contain his surprise as he yelled, “Oh My God!”

Brothers Clark and Junior who has appeared before on Australian Idol sang a few songs which also contributed to the success of the night. They sang songs liked Mario’s ‘Let me Love you’ and Michael Jackson’s ‘Walk with me’. The audience loved the duo – and you could tell from all the clapping and singing that was going on around me, everyone was just getting into it!

Three prizes were awarded on the night to both the top male and female. Michelle walked away winning the People’s Choice Award which wasn’t surprising because the audience seemed to love her. The runner-ups for the main prize were Joanne and Cliff. And finally, the grand prize winners of the night who were crowned the male and female winners of the Centre Stage Model Search 2010 were Andreas and Val.

Congratulations to all the models who participated in the Centre Stage Model Search of 2010 – you were all great! I’m actually now looking forward to seeing the winners’ photo shoots in their feature story in the next issue StarCentral Magazine. 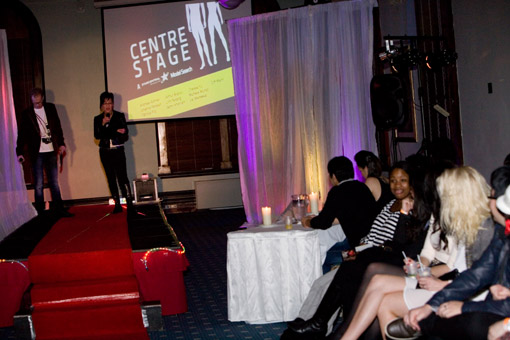