We featured Australian actor, Dean Kirkright’s story earlier this year.  His story was one of finding his own passion, his own path away from the shadow of a famous best friend.  A few months ago, Dean proved beyond a doubt that he has found his feet and cemented his own place in the acting industry. 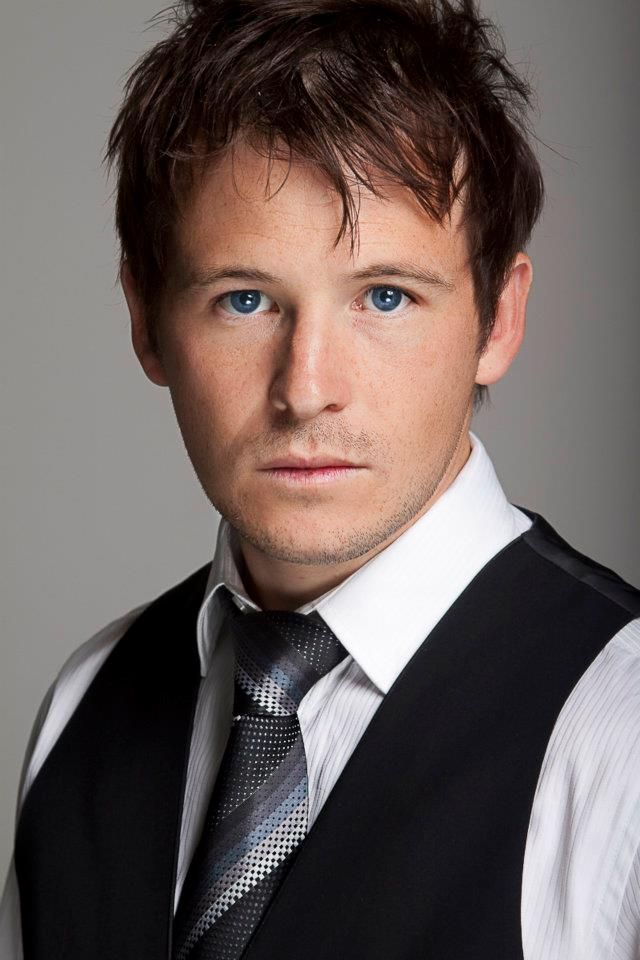 On August 16, 2013, Dean found himself on a Hollywood red carpet  for the awards ceremony of the 168 Film Festival representing his film, ‘Lost In The Dark’, alongside the film’s director, Christopher Bailey, producer, Dana Newell, sound designer, Nayomi Pattuwage and co-star, Sarah Walton.  The film, in an elite pool of 7, was nominated in the Best Film category.  This year, over 170 films from around the world were competing.

‘168’ stands for the amount of hours (7 days) that a production is allowed to deliver a finished film.  These short narratives are created by teams around the world, based on a theme (this year, the theme was ‘Atonement’) and a randomly selected piece of Bible scripture.  At the end of the allotted time, all entries must be uploaded to the film festival’s media server for a chance to be nominated in the Best Film category and to walk away with the grand prize of a feature film production budget totaling $1million.

On securing the role of Nathan in ‘Lost In The Dark’

I’m not sure how Dana Newell (Lost In The Dark Producer, Actress) and myself became friends, but what I can tell you is that it was definitely via Facebook… A few months back Dana sent me a Facebook message letting me know I’m her top pick to play her co-star, Nathan in an exciting short film THE FALLING DARK aka LOST IN THE DARK…. Whoever was picked to play Nathan would experience an emotional roller-coaster ride with loads of energy attached. The actor would also need the experience to be able to pick up a script and learn it in a day. Christopher Bailey took one look at my show reel and was convinced that I was the perfect man for the job…I wasn’t too sure what I was getting myself into being that I’m starting to steer clear from short films and focus more on TV/ Feature films, but I loved the script, also the director and Producer were very persuasive to get me on-board, so I agreed…

Shooting ‘Lost In The Dark’

Chaos was the operative word in the beginning of shooting the film.  “….Dana and Chris wrote the short film set in a post-apocalyptic world in a dilapidated house in the bush…” Unfortunately their first location fell through.  It was a last-minute save by jib operator, Luke Skilbeck, that got the film moving.  Skilbeck secured the use of an old worn-out shack owned a relative (“…This creepy house came with everything a filmmaker dreams of when making a scary film at night; holes in the floorboards, upturned furniture, and food still left on the shelf from years ago…”).  Getting to the location was an adventure in itself, complete with getting lost, lots of mud and dodging trees and cows.  “…I finally got to meet the director, Christopher Bailey (American). He huddled everyone up and told us what was happening and who was doing what and how the festival works…Christopher then asked if we could all bow our heads and have a little prayer for the film. I’m not one for prayer before anything I do in life, but on this one occasion I actually found it to be quite refreshing…” 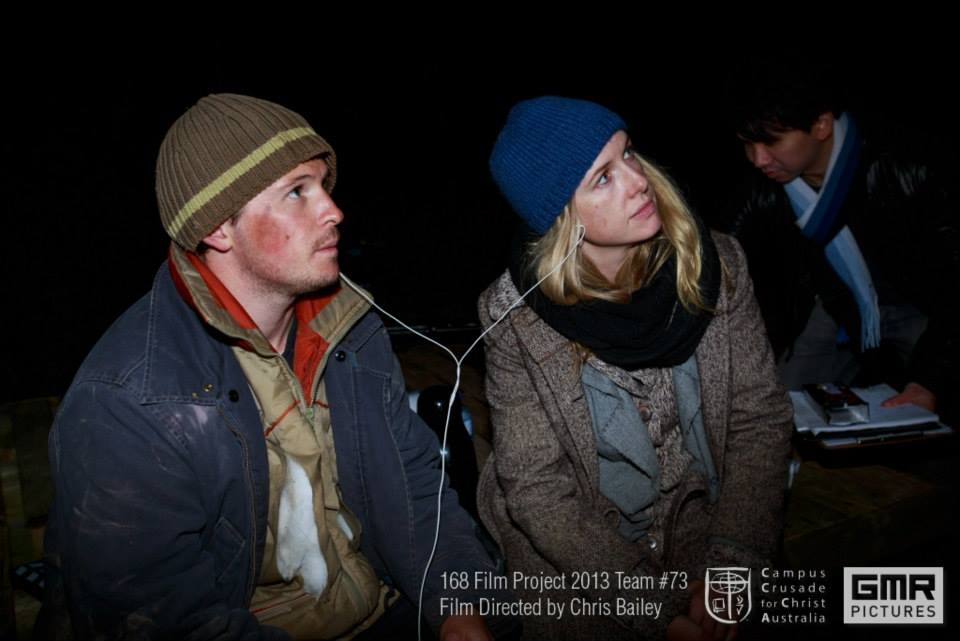 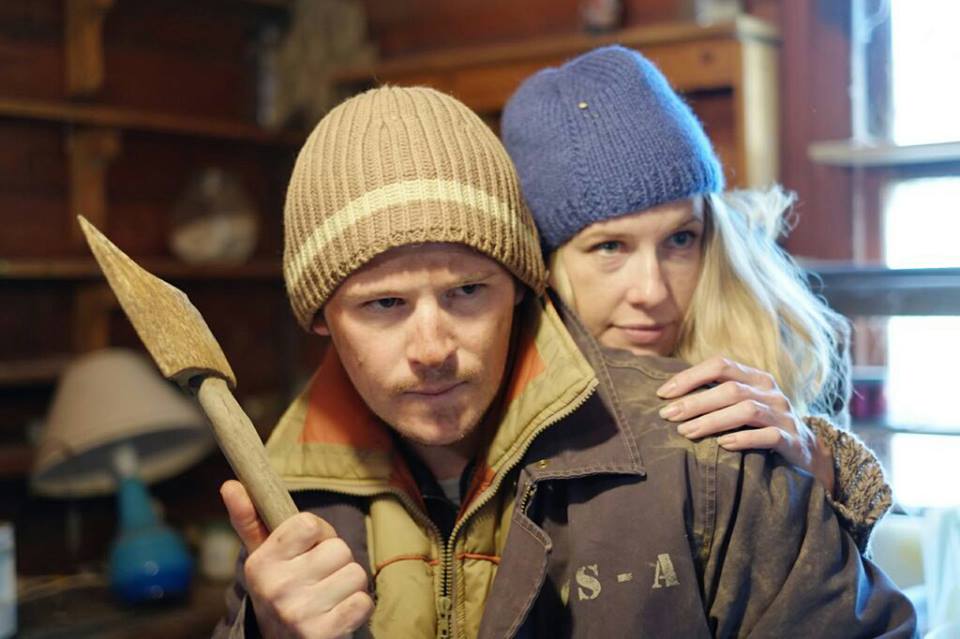 Dean “…knew this was something special when the first Action was called by Director, Christopher Bailey. Not only did he have a vision and know exactly what he wanted, but you just got the vibe that everyone around you, from Actors to Crew members were at the top of their game…it slowly turned into one of the most professional short film shoots I had ever been on…”  Bailey storyboarded the film in one night which proved essential in communicating his vision for the film not only to his cinematographer, Ty Tuin, but also to the cast and crew.  “It was interesting working with Sarah Walton, who play my wife Mira in the film…Sarah loves to have things prepared, whereas I just have a dive in…I loved how when I met Sarah for the first time, we were only seconds from shooting the scene and she said, “Do you mind if we can just hug for a bit?” It actually gave us more of an on-screen connection diving into the scene.” 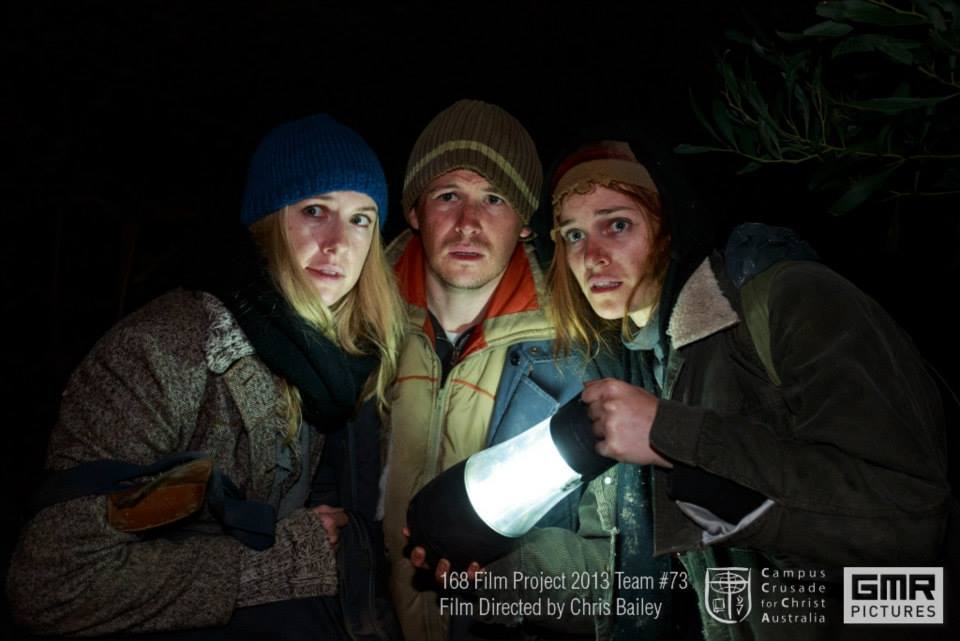 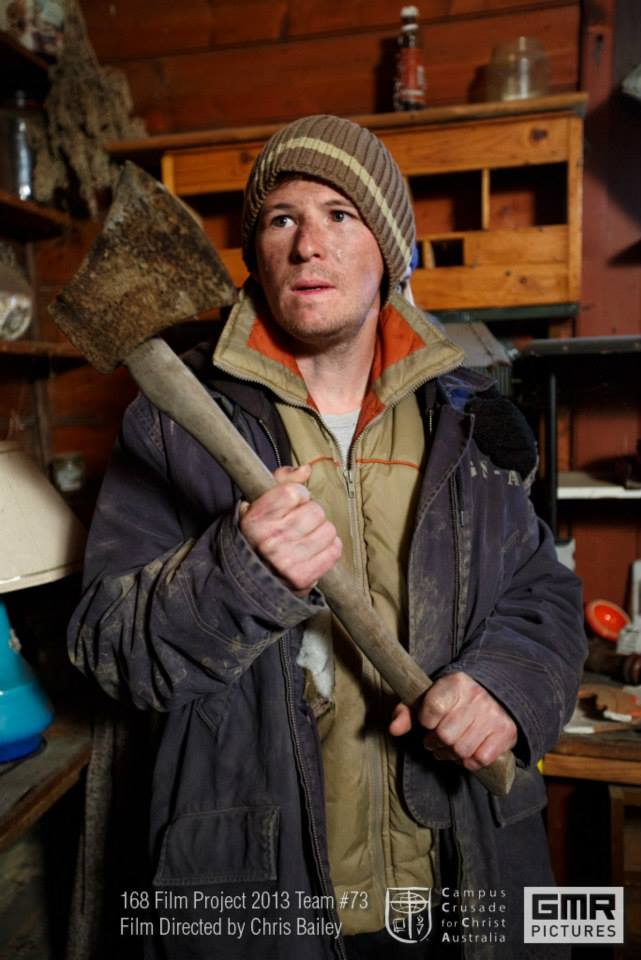 “Nervously waiting to find out if we were nominated for Best Film drove the entire cast and crew insane for weeks being that we just knew we had made a wonderful film, and felt we deserved a nomination.”  Not only was ‘Lost In The Dark’ nominated for Best Film, it was also nominated in 7 other categories, including ‘Best Making of Film’ and ‘Best Supporting Actress’ for Sarah Walton.

“The Red Carpet experience was amazing. I’m used to seeing my Acting buddies walk the red carpet, but now it was my time to shine and it felt great…Kind of like I was at the Oscars or something. To add to all that glitz and glamour, ‘Lost In The Dark’ was awarded the first statue for the night taking out Best ‘Making Of’ Film. The five of us…got up and accepted the award with great pride….” 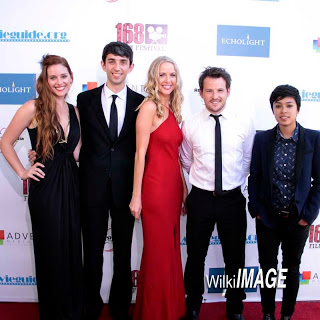 “We didn’t take out the big prize but we were told by many later on that night that we were robbed. What can I say, I guess it was a memorable film being that people continued to talk about it not winning more so than the actual film that took out (the final award).”

Understandably disappointed that the film didn’t win, Dean nevertheless was able to console himself with the many compliments he received for his performance.  It was undoubtedly an experience that Kirkright will never forget and here’s hoping that it will actually be one of many.

LOST IN THE DARK trailer – http://www.youtube.com/watch?v=0Bg_RmBczMI