The Olympics’ Other Race For Gold… Are You Ready For This?? 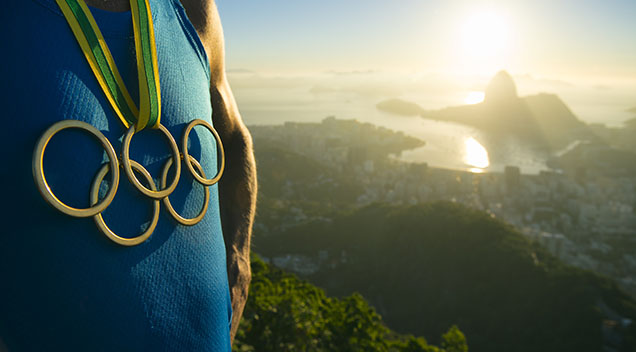 There is no denying the allure of the Olympic Games.  This year the attention of the world is focused for 2 weeks on the world’s best in Rio De Janeiro at the Games of the 31st Olympiad.  11,552 athletes from 208 countries come together to compete in 311 events over 42 diverse sports that range from archery to gymnastics, BMX cycling to Rugby Sevens, from golf to the triathlon.  Of course, there are also the ever-popular swimming and athletics events.  For the athletes, the Olympics is the ultimate arena in which they can display what the combination of innate talent and unrelenting dedication to training can look like.  For the audience, we watch for the thrill of the jaw-dropping moments, come-from-behind victories and the unexpected heroes that are the hallmarks of the Olympics Games.

But there is another side to this every-4-years spectacle.  With the Games commanding the attention of the world, it is no surprise that it is one of the biggest gambling and betting opportunities around, second only to soccer’s World Cup.  At the London Olympics, the UK sports betting sector handled £80 million during the period of the Games.  That’s a huge jump from the £4 million at the Beijing Games only 4 years earlier!  And those statistics are from the UK alone! This year’s Rio Games may also see a big jump from one facet of the gambling industry: that of the online casino industry.  Companies such as M88 out of Asia not only offer great odds on any of the Olympic events, their bookmakers also handle bets on international sports such as the NBA, Premier League, Italian Serie A, La Liga Spanish and many more.  If you want a change from the sporting events, their wide range of online casino games (Keno, poker, blackjack…the list is endless!) is a great distraction.  They also offer a mobile app so you can enjoy the fun anywhere.

While many fans will flock to the host city to enjoy the Games, millions more will participate via the comfort of their own homes.  This is heartily welcomed by the online gambling industry.  With many of the events not only broadcast live on TV but through online streaming as well, the industry is banking on fans’ patriotism and loyalty to drive them to place a bet or two as they cheer on their countrymen.

The rise of the online gambling industry has surely played a part in the Nevada Gaming Control Board’s decision to lift the ban on Olympic betting earlier this year: opening a huge opportunity for more revenue from that gambling mecca that is Las Vegas. The International Olympic Committee (IOC) has also recognised the increased status of online gambling.  In the lead up to the Games, the IOC has demanded that sports organisers and federations receive a cut of this online pot of gold.  Whether or not they will receive their share (this will be in addition to its 50-50 cut from sponsorship and broadcasting) remains to be seen.

Ask any Olympics fan (including this one) and many would be unaware of this other race for gold.  While this can be seen as a dilution of what the Games stands for, the act of betting is actually another way that some fans are showing their support.  A survey taken just before the London Olympics by the bookmaker, Coral, found that 3 million punters said that “they planned to place their first ever bet at the Games” as the recreational bettor, the survey found, tends to “go with their heart rather than his head and bet patriotically.”  No matter what your reason is for matching the Olympics, it is no question that being able to witness the skills of the best-for-the-best is truly an honour and a joy to see.