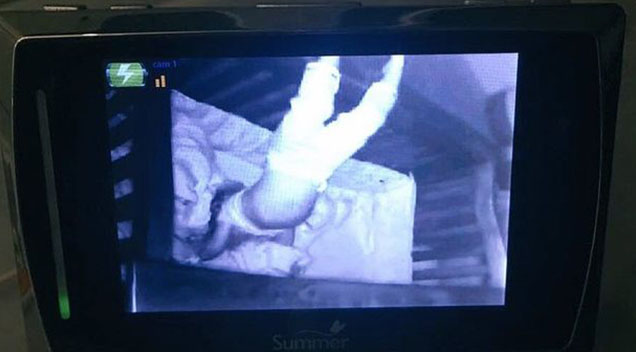 Babysitter Mikaela Long saw something quite disturbing on the baby monitor and it’s guaranteed to make your palms sweaty.

Mikaela posted this photo on Twitter along with the words “This is my first time babysitting and idk [I don’t know] where I went wrong but she is currently asleep on her head,” and her tweet went viral garnering over 115,000 likes and 55,000 retweets, with a number of people claiming the child may be ‘possessed’. 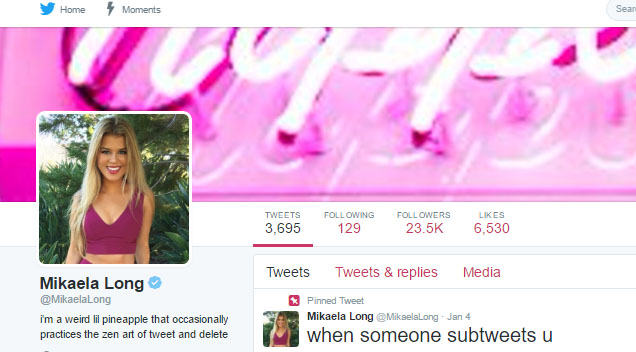 But then again the baby’s mother revealed with BuzzFeed that her baby’s peculiar sleeping position isn’t anything new, apparently she has been sleeping on her head for quite some time.

According to her “she’s been quite acrobatic lately. It baffles me as well… I think it’s just her settling down and getting comfortable.” 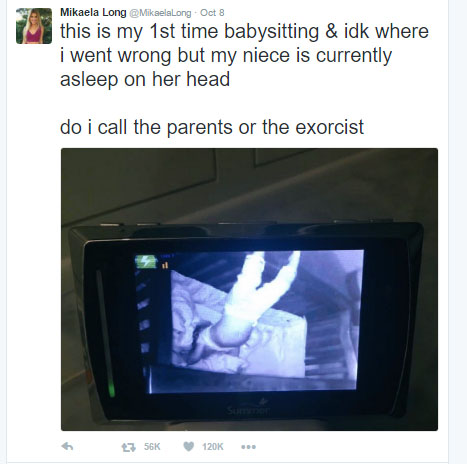