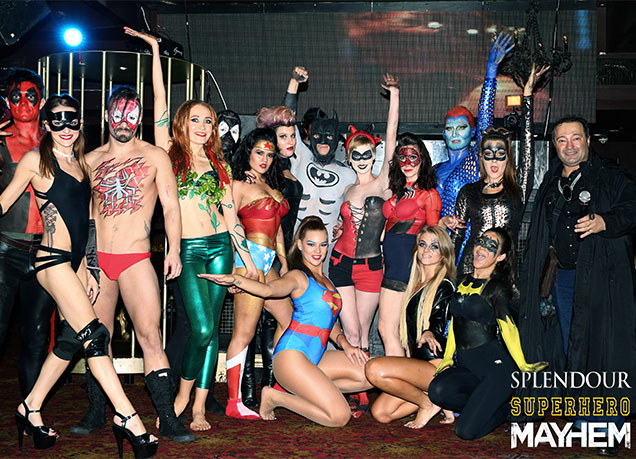 The splendour of any show is in its details. It’s in the technicoloured flashing lights, the climactic music, the stage space, elaborate costumes, make up, and the combination of all of these things. Its splendour is in the performers, who are themselves the art. 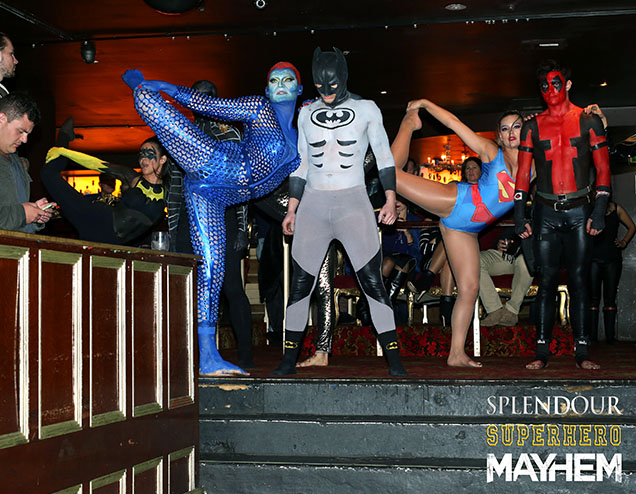 Written and directed by the talented Michael “Mr Sinister” Acland and brought to you by 25thShot, Splendour: Superhero Mayhem is a uniquely progressive display of song, dance, and drama.

Featuring theatrical body-arted pole dancers, contemporary, ballet and burlesque dancers, and parkour (a movement philosophy with military origins), the show is unlike anything of this world. 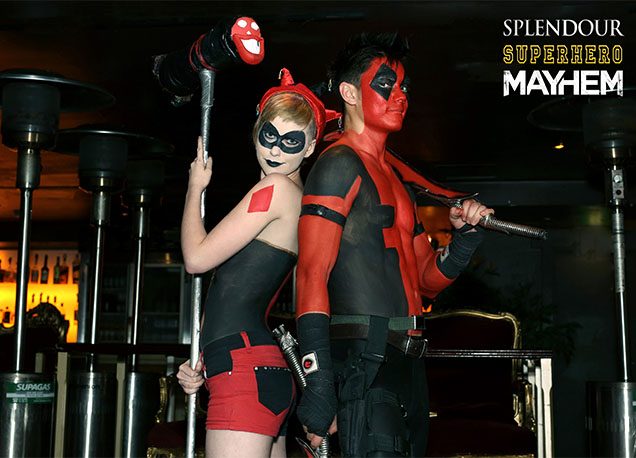 Splendour’s superhero/supervillain theme transports the audience to a place of fantasy, a magical realm that suspends disbelief with the added dimension of watching the show unfold before your eyes.

With twists, flips, spins and kicks, Splendour’s show features astounding acrobatics, a collaborative array of styles and 18 performers with different artistic backgrounds and superhuman control of their bodies. 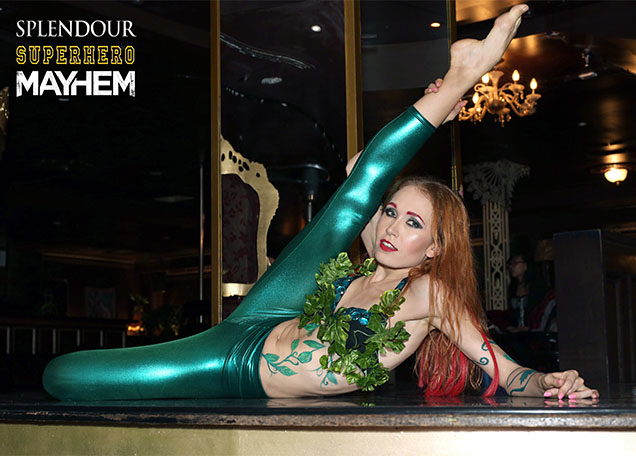 We all have a bit of superhero in us, and similarly a touch of good and a bit of bad. The story itself emphasises our carnal human nature, body, and form – while cleverly playing on our occasional desire to escape it.

Many performers were laden in body art, some with their entire top halves painted on as costumes. More than simply a show, Splendour seems also to be a tasteful display of bodyart. 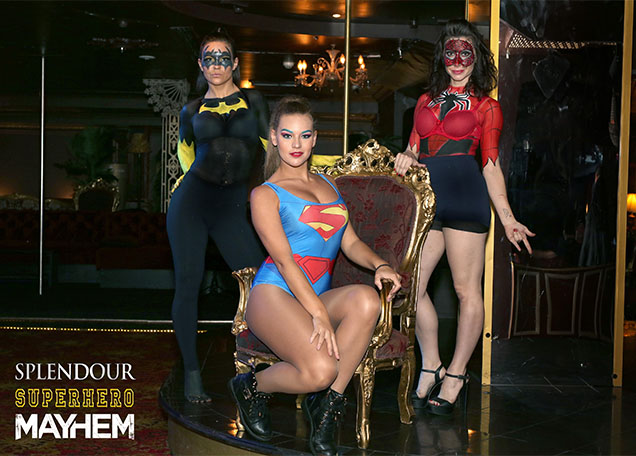 Having been on and off in the creative industry over 35 years, Michael Acland’s passion is in screenplay writing and directing (Producer of Bondi Chronicles). In a pre-show interview before the mayhem began, he says, “no two shows are the same”.

The Splendour: Superhero Mayhem production is shown every couple of months, with the June 5th event being the 17th of its kind. Working together with genius choreographer Franck Bortnik and show creator and producer Anastasia Shrits – what they’ve achieved is a classy masterpiece showcasing local talent, emotion, passion and positive energy. 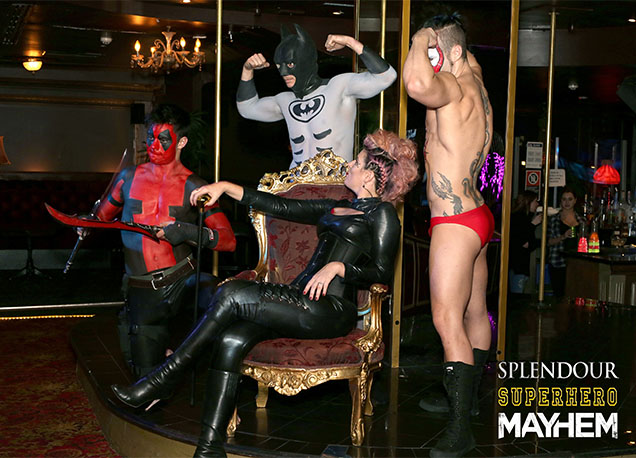 Splendour now has a constant following of splendid fans that attend every event. Last Sunday’s show saw no exception, despite the Sydney thunderstorm. In fact, the rain added dramatic effect to the overall vibe of the evening.

Seeing Splendour: Superhero Mayhem is a bit like watching a quirky comic book with a twist of burlesque come to life. 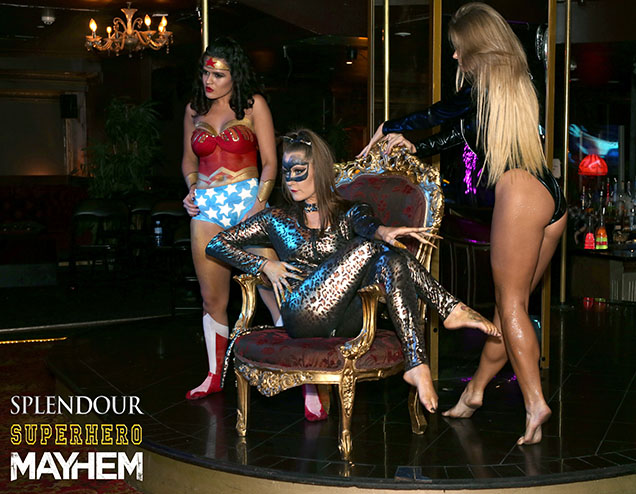 With a cast that includes the likes of Batman, Poison Ivy, Mystique, Wonder Woman and many more, lead singer Lola Major as “Fish Moonie” is a stand out. The soundtrack of the show includes just the right amount of contemporary, and is always scene-appropriate.

What you’ll find in Splendour is a soulful blend of body art and performance art, bringing meaning to the quote by American author Byrant H. Mcgill: “You are the artist and the art”. 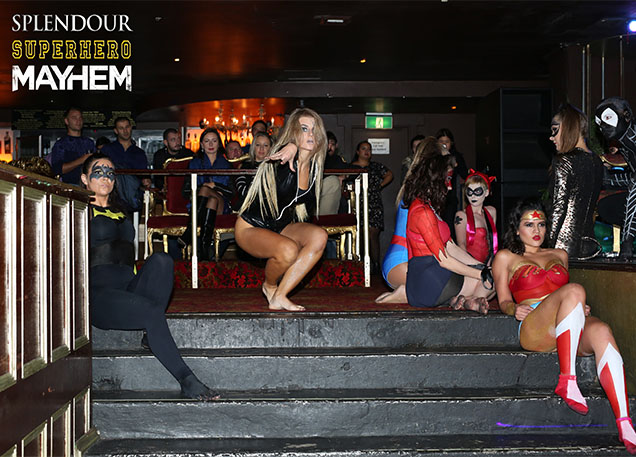 Splendour manages to be sensual and dark, while also highly entertaining. With three 25-minute segments, ending in a climactic crescendo, with increasing intensity as the show progresses – the result is pure and beautiful mayhem. 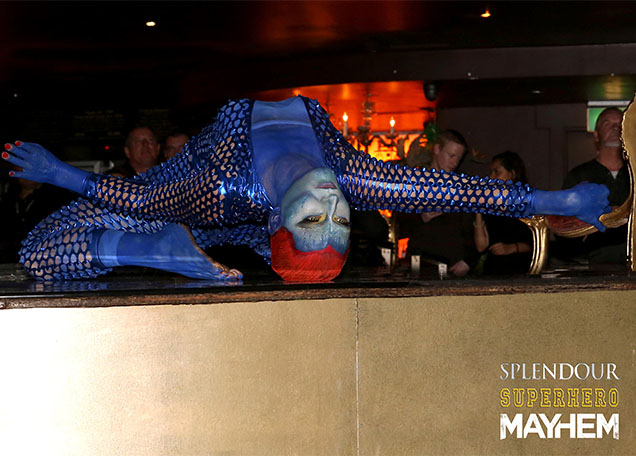 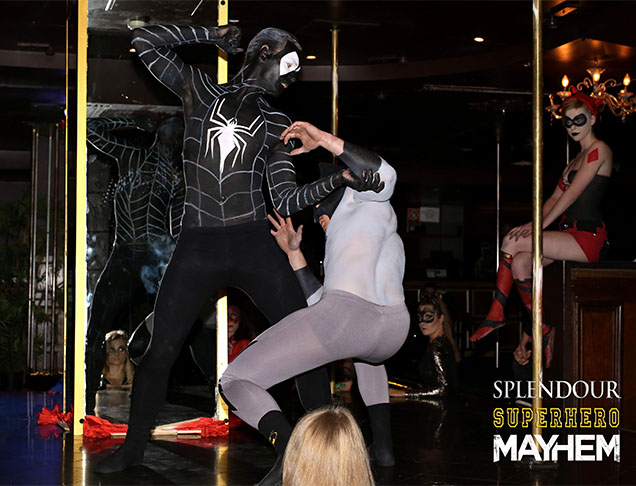 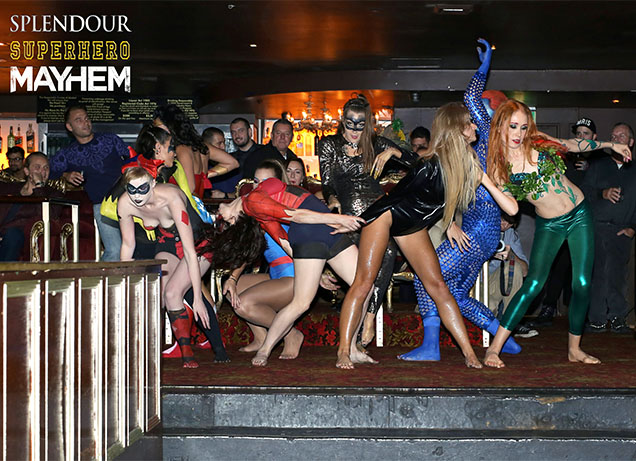 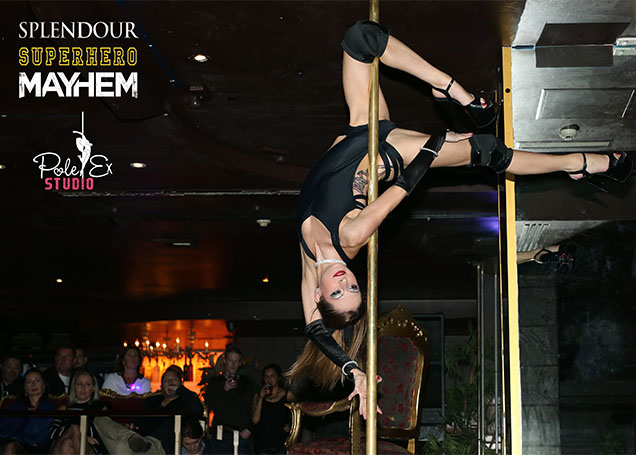 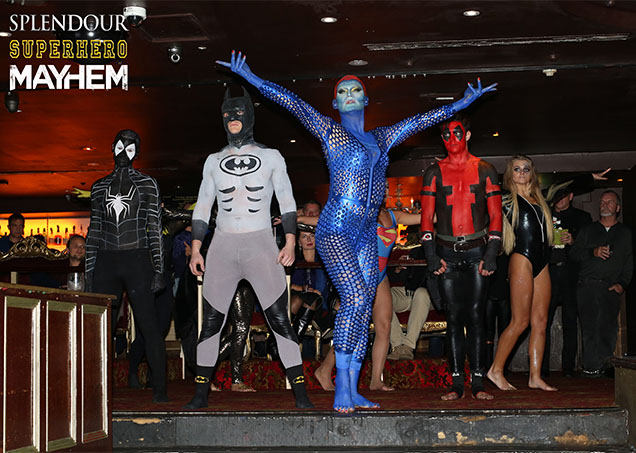