Producing An Indie Film: Is It Really Worth It?? 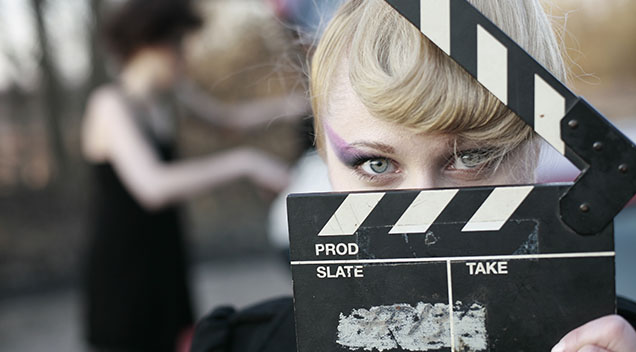 Independent film has been on a steady increase in Australia since the international popularity of the likes of Wolf Creek (2005) and Wish You Were Here (2012). Filmmakers nationwide are convinced that they can make the newest, Aussie, global phenomenon!

Basically anyone can come up with a story, but it’s taking the next step that is really tough. It’s writing a screenplay, auditioning actors, applying for funding, sourcing crew, location scouting, organizing rehearsal times, contracts, shoot dates and then the final post-production undertaking of editing all the pieces and trying to secure a fantastic distribution deal. If you are looking to create your own indie film, ask yourself: Are you’re willing to give up months of your life for something that could potentially have no financial return?

As an actor myself, people think that when on-set, I have a glamorous, laid back life of leisure where eight hour days are a thing of the past. Well… It’s kind of true… There are definitely no eight hour days – more like 13-15 hours and when not on-set, it’s a pretty leisurely life because generally you have to quit your job in order to dedicate enough time to the project. Oh yeah, you’re rarely paid for all the time you inject into the project, that’s both cast and crew alike. Although that is a generalization, it’s widely the gritty truth of Indie Film. So why all the blood, sweat and tears to seemingly get nothing in return? In truth, the finished product of a really good Indie Film is priceless to someone who is truly passionate about their craft. It’s the love of core-shaking, goosebump-delivering stories that possess thousands of Australians to dedicate months of their lives to create 90-minute documentaries of a part of themselves.

Jack Webb, is an independent film maker from Canberra who presides over Inside Out Studios. Webb, is busy in post-production of his latest Independent Feature Film, Hand of Art (www.handofartfilm.com), a technicolor narrative about a struggling artist who turns to any means possible for inspiration. Webb insists that “money doesn’t come into the equation, I get a kick out of telling a story, taking the audience along for a journey… Sometimes you just have to be creative to get around some finance issues but that’s part of the fun”

So it leaves us with the question: Is it all worth it? I’ll leave you with a final quote from Webb, “…indie films are exciting, the challenge is what’s attractive, just being able to create a story from nothing in a very organic way… It feels like there aren’t any rules to abide by which gives a sense of freedom,..When you find unique ways to tell the story, you feel like you are pushing the art form into new areas, not just manufacturing the project.”