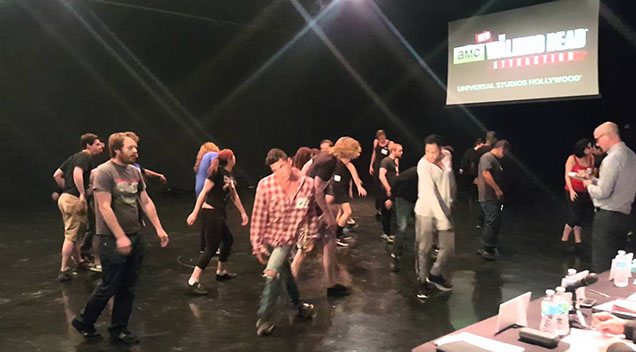 Have you ever wondered where AMC’s “The Walking Dead” actually gets their zombies? Well, wonder no more!

The Walking Dead is an American horror drama television series based on the comic book series of the same name and the show revolves around a world overrun by zombies, commonly referred to as “walkers”. If you’ve ever wondered where on earth they find the hordes of zombies for their show, then checkout “The Walking Dead” casting call auditions at Universal Studios Hollywood

Check out the video below courtesy of ENTAffairTV: