Here’s The Lowdown On TV Advertising And Casino Companies 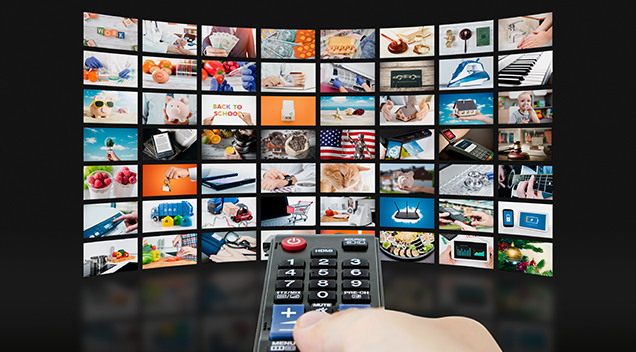 Brand exposure is definitely paramount to success when it comes to increasing revenue.

Organisations around the world are willing to pay big to get their message out there, with some of the world’s most famous companies cementing their status thanks to gigantic global advertising strategies. Turn on any privately owned TV channel and within 15 minutes you will be pummelled by an array of adverts. Some are relevant to the show and well timed, others are repeated over and over again until the message is instilled in the memories of the viewer.

Television advertising is some of the most effective out there and don’t TV stations know it. It is also some of the most expensive ad space in the world, especially during prime time or during events with captive audiences, such as sports fixtures or during series finales. Organisations in the UK spent £5.28 billion on TV advertising last year, with online businesses in particular spending 8% more than in 2015. This trend shows that online companies are looking for more exposure and are happy to divert revenue to the cause.

One industry that requires its key players to have a very robust marketing strategy is online casino gaming. Maintaining a steady stream of new players whilst maintaining a brand presence for existing customers is the name of the game and casino operators of all sizes use a marketing mix to get their product out to the masses. Gambling companies aren’t scared to splash the cash to ensure their product has effective television coverage.

Although gambling in the UK is highly regulated, the attitude to both traditional and online gambling is a lot more relaxed than it used to be. Games like bingo have been popular for generations, but the jump to online has allowed the game to reach millions of new customers, thanks in part to improved exposure. Advertisers have a deep understanding of their target market, with women being the key segment for bingo companies. This is why you’ll see bingo adverts in the commercials breaks during shows like Loose Women, a programme that is predominantly watched by females.

One provider that has chosen a specific strategy that plays by the rules but also offers a fun product is 888casino, the highly regarded company produce TV adverts that stand out from the crowd, as well as this they ensure the viewer is aware of the excitement and fun they will have when they play casino online

TV advertising wasn’t always as straightforward when it comes to gambling products. The Gambling Act of 2005 deregulated the industry, with the only ads allowed previously being for physical bingo halls, football pools and the National Lottery. Now, gambling ads can be seen at any time of day, but there are still rules in place. Advertising during children’s TV shows or shows aimed at young people isn’t allowed and minors cannot feature in an advert for any gambling product.

Televised sport in particular has become very closely associated with gaming companies, especially when it comes to online gambling. TV giants like Sky and BT Sport sell a lot of advertising space to gambling companies as well as other companies. This made them enough money to buy €5 billion of TV rights for English Premier League matches until 2019. Along with the adverts before, during the half time break and after the game, advertising hoardings and team shirts often feature gambling sponsors, only increasing the amount of TV exposure that online gambling providers can benefit from. The story is true with other sports too, including golf, cricket, rugby, tennis and even darts and snooker.

It seems almost certain that TV will complete the leap to being fully online, with many channels already offering at least a catch up service via the internet. Companies like Netflix that were born online and are slowly changing the way we watch film and television are the next big opportunity, with plenty of ad space already available on YouTube, Vimeo and Dailymotion. It will be interesting to see how online gambling companies will react to TV coming back online and whether their advertising spend on traditional TB advertising will begin to decrease.