Must See Movie Of The Week: American Made 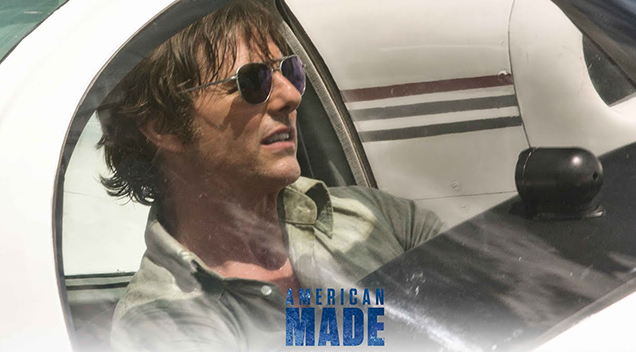 What:  Guns. Drugs. Money laundering. This movie is based on an unbelievable true story.

Synopsis: In Universal Pictures’ American Made, Tom Cruise reunites with his Edge of Tomorrow director, Doug Liman (The Bourne Identity, Mr. and Mrs. Smith), in this international escapade based on the outrageous (and real) exploits of a hustler and pilot unexpectedly recruited by the CIA to run one of the biggest covert operations in U.S. history. The film is produced by Imagine Entertainment’s Academy Award®-winning producer Brian Grazer (A Beautiful Mind), Cross Creek Pictures’ Brian Oliver (Black Swan) and Tyler Thompson (Everest), Quadrant Pictures’ Doug Davison (The Departed), and Kim Roth (Inside Man). Gary Spinelli wrote the screenplay.