Featured Event Of The Week: Makisig Morales LIVE in Sydney 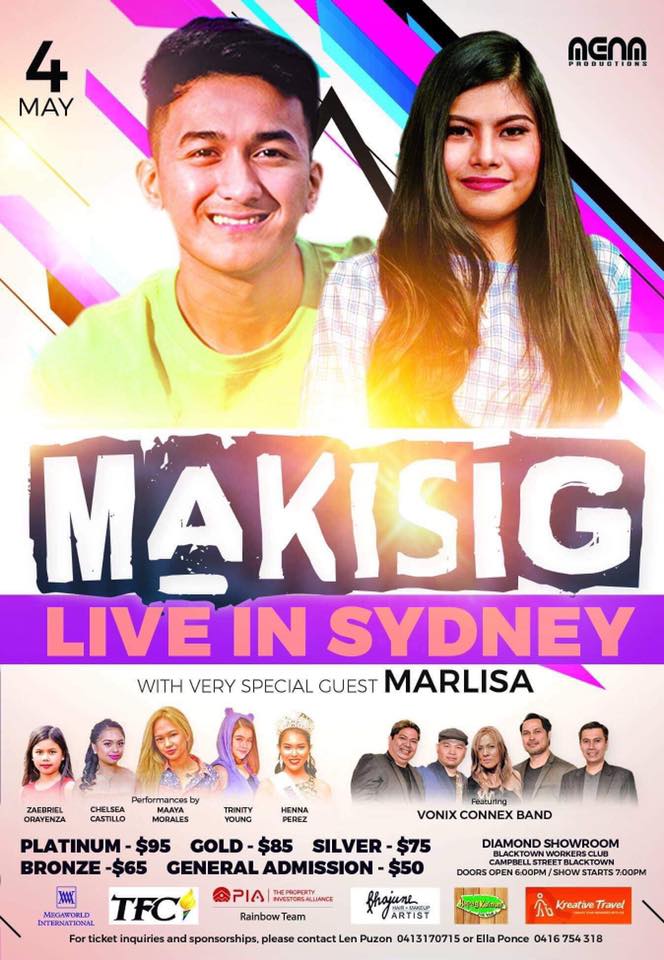 What: Come all! Let us watch Makisig LIVE in Sydney with Special guest Marlisa Punzalan and some of the young talents in Australia which will be held at the Diamond Showroom in Blacktown Workers Club on the 4th of May 2019 at 7 pm. Makisig Morales originally appeared on the TV reality-show Little Big Star and is the lead singer of the boy band Mak and the Dudes. As a child actor, he played the lead role in the International Emmy-nominated fantaserye, Super Inggo. At the age of 5, Makisig Morales competed in the Duet Bulilit, a singing segment in MTB, a noon-time variety show of ABS-CBN, together with his sister Mayumi. Morales later auditioned with his sister Mayumi and brother Vincent in Little Big Star – a TV singing contest of ABS-CBN, where only Makisig and Mayumi were accepted to compete with other contestants. In 2007 he was announced as the co-host for the next series of Little Big Star and since then he has appeared in a number of TV shows such as Maalaala Mo Kaya, Mirabella and most recently, Bagani.