“Army Of The Dead” And Not Only: What’s Next For Zack Snyder?? 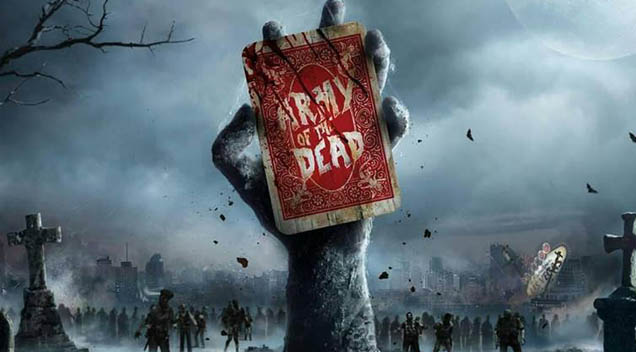 
Zack Snyder is the Hollywood movie director, who gained his fame with the zombie movie “Dawn of the Dead” back in 2004. This was not the first movie for the Hollywood director, yet this was the hit, which brought him massive success and recognition.

Zack Snyder is not only famous for his zombie movie but for being part of the DC Universe as well. He is one of the creators of the famous superhero franchise. “Snyder Cut” of Justice League had to be released on HBO Max, yet because of the COVID-19 pandemic, the release has been postponed. While there is no specific date for the new release, the Snyder fandom is waiting for some further news.

While many say that Snyder Cut of Justice League will be shown on HBO Max in May, once the pandemic is more or less passed, others including Snyder himself say that the movie is not finished fully. He has presented the cut to some of his friends and some other directors, and despite everyone being very excited, the movie might actually be lacking some of the final stitches.

Some unofficial news regarding Warner Bros and HBO Max releasing Justice League, Snyder Cut in conjunction have also emerged, but have not been confirmed just yet.

As mentioned before, Snyder is responsible for creating some of the major superhero franchises. Despite that, it has been more than two years since the famous director of Man of Steel and Batman VS. Superman, Zack Snyder left the DC Extended Universe, the controversial thoughts are still afloat.

According to Snyder, his daughter’s death became the reason for him leaving the DCEU. Though, according to some other sources, the director was fired several months prior to the release of the Justice League as well as prior to his daughter’s suicide. While there are several opinions regarding the topic, besides the fact that quite some time has already passed, the topic still remains in the center of attention.

Snyder has worked on many movies and is responsible for gifting us several beloved superheroes, but according to his interviews, his true passion has never been a comic book genre. He could always find true freedom and creativity in horror movies, and he is planning to go back to that wave.

The great come back

It has been known that the famous Hollywood director is having a big comeback with the brand new movie, “Army of the Dead”. It can be considered as the sequel to Dawn of the Dead, which was released back in 2004. The shooting of the movie started in the middle of 2019. Details like release date, the full cast are yet unknown, but we do know some very exciting details instead. The most important fact is that this time, Snyder will be working with Netflix. So we can all chill.

The theme of the movie will be centered around the casino and zombies of course. A zombie plague has left the whole city empty and thus, the army will be in charge of getting back the money, zombies have stolen from one of the casinos. The action takes place in Las Vegas. No heist movie is more interesting than the one with zombies present in it. Dave Bautista has one of the leading roles, as the leader of the group chasing zombies.

Those two entertainment industries have always been extremely interconnected. While zombies make it always very appealing, the casinos are the ones who attract the most of the people and give out the biggest adrenaline vibe. Many casinos have online slots for real money with a variety of zombie themes, which are one of the most popular among the rest of the slot games. Snyder decided to take after them and feature the casino in the zombie movie.

Zack Snyder has traveled a lot and has visited almost every casino in Las Vegas and Canada. This process took him several months, but the effort was worth it, as he could accomplish the most important task. The movie shows a true casino atmosphere. The movie is shot in Showboat Casino in Atlantic City. The expectations are very high, and considering the instant success of his first zombie movies, the “Amry of the Dead” is not likely to disappoint anyone.