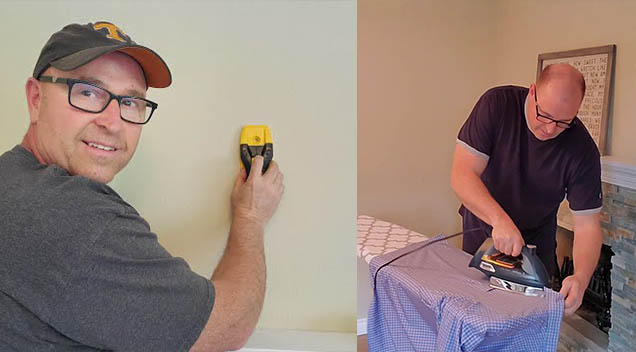 This awesome dad decided to start a YouTube Channel to cater to kids growing up without dads.

Rob Kenney was just 14 years old when his father walked out on him and his seven siblings. Rob told Shattered Magazine that his father had been awarded custody of the eight children after a messy divorce case with his mother but it turns out, he didn’t really want them.

Rob then came up with the idea of helping kids growing up who had no father figures in their lives. He decided to make a series of videos that are not taught in school such as doing a tie or ironing a shirt or putting up a shelf etc.. basically “Practical ‘Dadvice.” He said: “I want it to be about everyday tasks, but I also would like to pass along some of the wisdom I’ve learned along the way to encourage people.

Check out some of his awesome videos below courtesy of Dad, how do I? YouTube channel:

Read More
Presently, one of the most well-liked movie genres are superhero movies. Audiences find superheroes appealing for their diverse…
Read More
0
0
0
Source: Shutterstock / Nicoleta Ionescu Before a big date or any big event, it is quite vital that we…
Read More
0
0
0