Top 10 Sexiest Vampires Of All Time 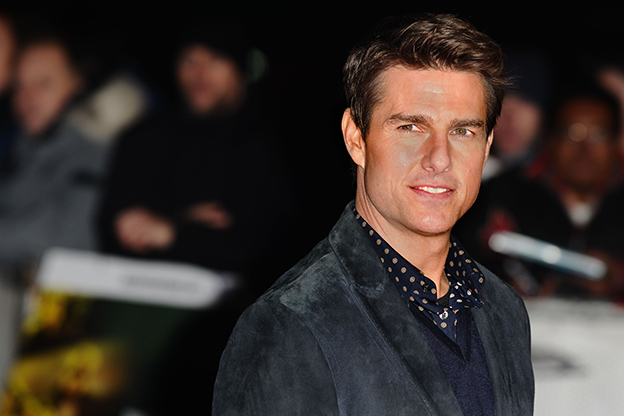 Lestat is a vampire in the 1994 movie Interview with the Vampire. In the movie, Lestat is partnered up with another beefcake in the form of Louis (Brad Pitt) for all eternity. Louis actually used to be a normal human being back in 1791, but then Lestat saw him, got bored, thought he’d make a great friend, turned him into a vampire (although initially Louis begged to be killed) and then the two vampires ultimately became BFF’s (Best Friends Forever). Lestat spent his spare time feeding off the local plantation slaves whilst Louis on the other hand fed off animals. As the movie progressed, things got sour and they both eventually ended up trying to kill each other later.

Now Tom has been around for quite some time now and has definitely aged but he is still as sexy as hell. Standing at 5 foot 7inches, he was actually voted the world’s sexiest “small man” in the online poll carried out by onepoll.com. Yummy … 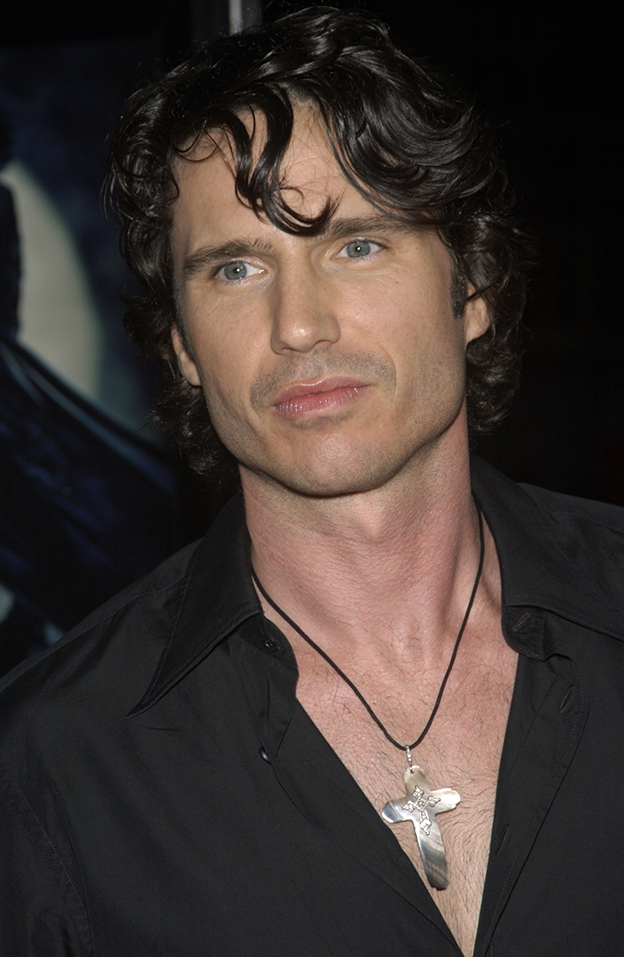 Kraven is the hunky vampire from the movie Underworld. He rose to the top of the Vampire elite ladder when he ended up as the only vampire to ever survive the intense battle between Lucian’s army of Lycans and his squad Death Dealers. He returned back to the vampire coven claiming that he has killed Lucian and he even took a piece of skin back from Lucian’s arm to prove his point. Little did they know that Lucian offered Kraven a deal if he ended up killing the rest of the vampire clan.

Although he was well liked by head honcho Viktor, he still failed to strike any points with the scorching hot Selene (Kate Beckinsale) after decades of attempt. Talk about persistence! Don’t worry Kraven, I’m pretty sure hundreds of ladies out there are willing to take Selene’s place in your vampiric lap. 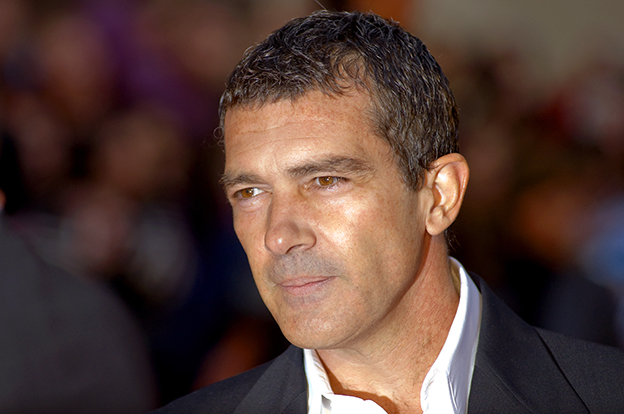 Armand is also a vampire in the 1994 movie Interview with the Vampire. When Louis (Brad Pitt) and Claudia (Kirsten Dunst) went to Paris, they encountered several vampires like themselves, and that’s when 400-year-old vampire Armand came into the picture. Armand is seen as inhabiting an ancient theatre (Théâtre des Vampires) where him and his vampire posse disguise themselves as humans and snack on live, petrified humans in mock-plays right in front of a live human audience. The audience actually believed that the slaughter house and bloodfest happening before their very eyes were simply just a very realistic performance.

Hmm … well there’s what you call stupid, and then there’s just plain DUMBASS! Well anyway, this Spanish beefcake is definitely a vampire to lust after. Give us a piece of that spanish stew! 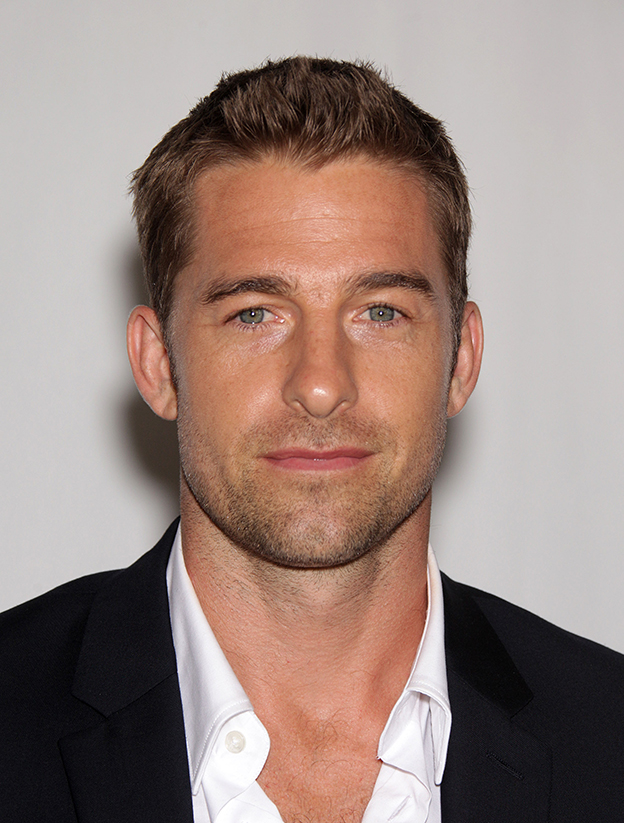 Michael is the first Lycan/Vampire Hybrid who is also from the cult movie Underworld. Michael came into play in the movie when he initially got caught in the middle of a shootout between the Vampires (Selene’s crew) and the hairy Lycans- this all happened when he was on his way to work. Talk about coincidence! Anyway, little did he know that he is actually the target by the Lycans for a hybrid experiment since his blood might contain a rare genetic trait needed by the group. He was later ambushed by the hairy Lycans at his apartment; luckily he was rescued by the leather clad Selene (Kate Beckinsale) and his posse though. Later on he gets bitten by the Lycan leader Lucian anyway and that’s when he became even more sexy and caught the attention of Selene.

Well he also spends most of the time shirtless in the movie which I’m sure the ladies watching don’t mind at all! 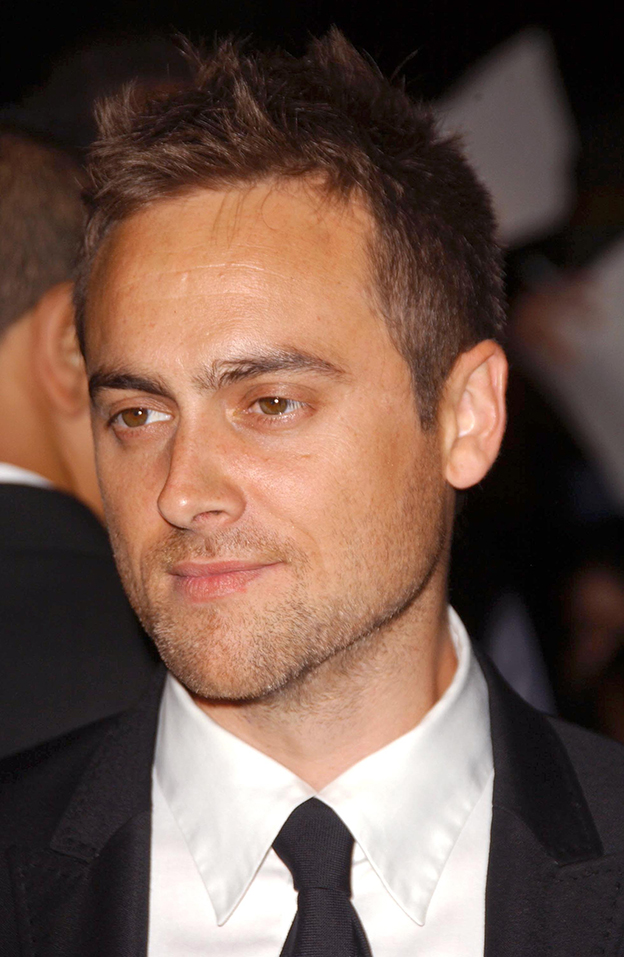 This Lestat is the dishy vampire from the movie Queen of the Damned. Contrary to Tom Cruise’s Lestat in the movie Interview with the vampire, this film sees him wake up after decades of slumber (giving the sleeping beauty a run for her money) after hearing the racket caused by a rock band. He ends up liking the band and then eventually ends up becoming its lead singer. He probably threatened to suck on all their necks if they didn’t let him sing. Anyway, his group became an international success which the other vampires didn’t really approve of because it might expose their clan.

Okay, a rockstar vampire might be something that we’re not accustomed to – But who cares! Lestat is the king of the damned in the movie; now raise your hands if you want to get damned for all eternity with this hunk! 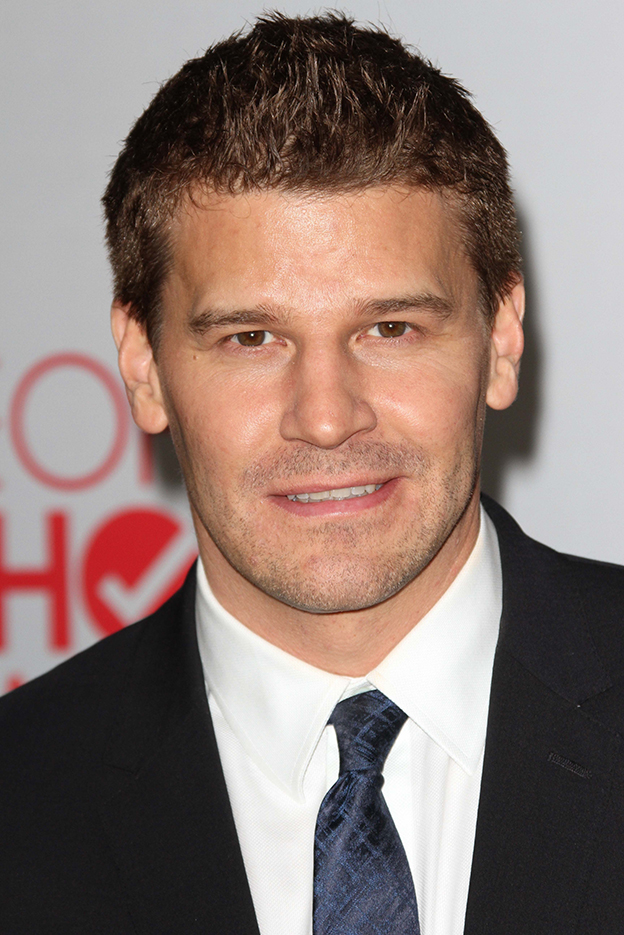 “Angel” is actually a spin-off of the TV series Buffy the Vampire Slayer. The main plot of the show revolves around the ongoing trials and tribulations of Angel, a yummy vampire whose human soul was reinstated to him by some gypsies as a form of revenge because he killed a gypsy. After more than a century of torturing and killing innocent people, His restored soul now tortures his damned soul with guilt on a daily basis. He works as a private detective in the TV series where he and a group of friends “help the helpless” and save the souls of those who have veered away onto the wrong path.

Angel is actually considered to be one of the sexiest men in TV – and we’re definitely not surprised! With a name like Angel, no wonder he’s a heart stopper! 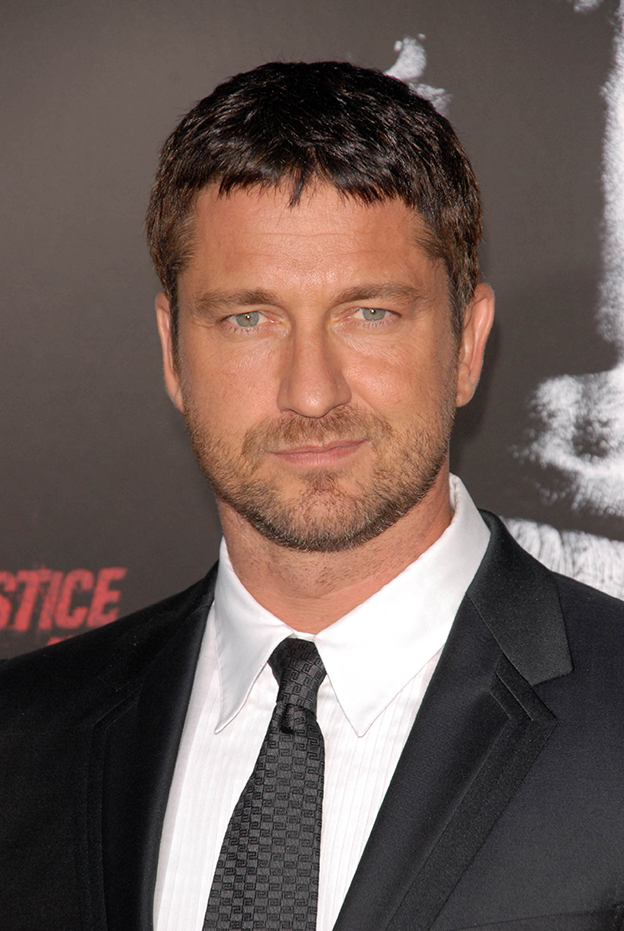 Dracula 2000 opens in present-day London where a group of thieves are seen breaking into the antique shop Carfax Abbey. Little did they know that this shop was owned by none other than Abraham Van Helsing – Dracula’s nemesis for life. After successfully breaking into the innermost vault, they end up discovering a sealed coffin. After attempting to move it, some of the treasure-hunting party were horrifically murdered by the vault’s security system, leading the rest of the survivors to believe that this coffin was the treasure that they’ve have come for. So they fly it back to US and whilst in the middle of the flight, one of the thieves manages to break into it, releasing the infamous Dracula. Mr Personality, a known charmer and a people person then proceeds to snack on the thieves of course to make up for lost time and the rest you can say is history.

Now we’ve also seen this man as a super sensitive dreamboat in PS I Love you, but the thing is, he’s not just a sensitive guy who can “bite”- he also has a damn fine ass and a killer smile as well! Roarrr … 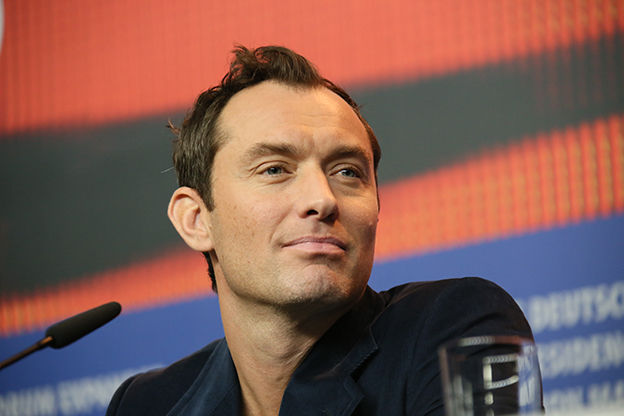 Steven Grlscz is the lead character in the movie The Wisdom of Crocodiles. He’s a sexy vampire living in London; he is living only for the seduction of his next victim and is committed to no one else since he ends up sucking their blood in the end anyway. Somewhere along the movie, he ends up meeting the smart and sexy Anne Levels ( Elina Lowensohn), whom he falls in love with and then that’s when things get complicated.

Jude Law was People magazine’s Sexiest Man Alive in 2004 and with those piercing eyes and radiant smile, why wouldn’t he be? We’d certainly love a vampire heart-stopper like Jude to give our necks a bit of a bite! 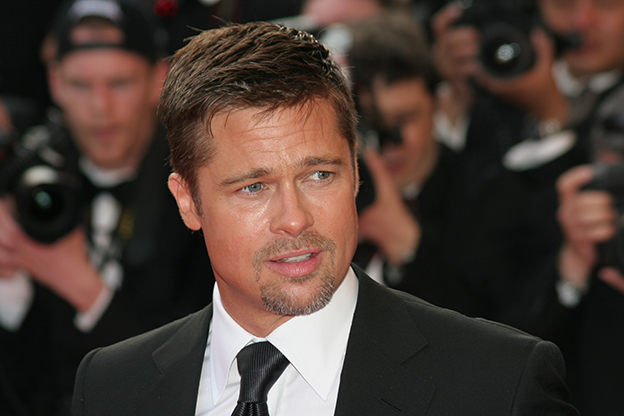 Seriously, is it even possible to leave Brad Pitt off the sexiest vampire list? Brad Pitt actually played Louis in the 1994 movie The Vampire Chronicles. In the movie, Luscious Louis was initially a young plantation owner living south of New Orleans, Louisiana. He was bitten by Lestat (Tom Cruise) and as previously mentioned, the two became the bestest of friends afterwards. Unable to feed off humans, he survived by feeding from animals. Gradually, Louis becomes influenced by Lestat and he also began feeding off humans. One time, Louis feeds off a plague-ridden young girl named Claudia – Lestat turns her into a vampire when she has nearly reached the point of death- and the three of them lived happily ever after. Well, not really because Claudia and Louis tried to kill Lestat, Lestat survives and tried to kill them back and it all just became one big mess!

Anyway, Brad Pitt is one of the all-time sexiest men in the whole world. With his golden-hair and chiselled face that can cut through butter, it was no surprise that he was People’s Magazine’s sexiest man alive in 1995 and was once again named Sexiest Man in 2000! And even though he has kids now, he is still a yummy daddy! 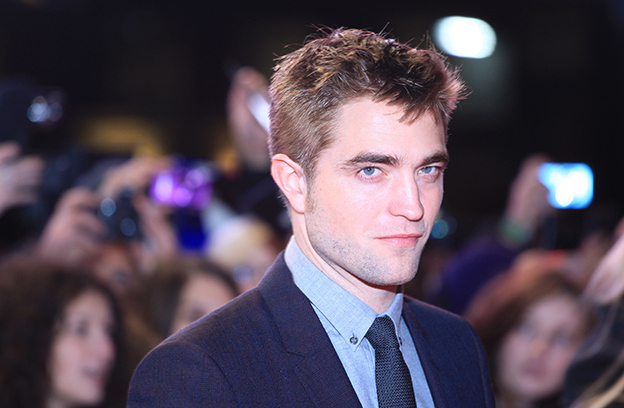 Now, now ladies let’s stop the screaming, we all know that Robert’s the hottest vampire right now but let’s control ourselves for a second. Seventeen-year-old hot gothic princess Bella Swan moves to Forks – a small town near Washington State’s rugged coast, and the small town was never the same again! She is quickly befriended by several students at her new high school (maybe because she’s hot?), but she is definitely fascinated by the mysterious and very pale looking Cullen siblings. Bella sits next to Edward Cullen in biology class on her first day of school; and weirdly enough he appears to be disgusted by her presence. He looked at her as if she was an Orc from Lord of the Rings! This confused Bella like hell because she knows that she takes a shower everyday so she definitely doesn’t have B.O. A few days later, Bella is nearly killed by a van in the school parking lot but for some strange reason Edward – who was some feet away, was able to run like the wind and stopped the vehicle with his bare hands. Of course we all know Bella eventually discovers that Edward is a vampire and now they have a sequel coming out.

Robert is so hot these days that women can’t wait to just grab his golden hair, pull his head back and take a bite at his delectable jaw! Two years ago, he was just an extra in a ‘Harry Potter’ movie, then he got casted as a hunky pale vampire and now he’s the heartthrob HEAD OF THE UNDEAD. We love you Robert! 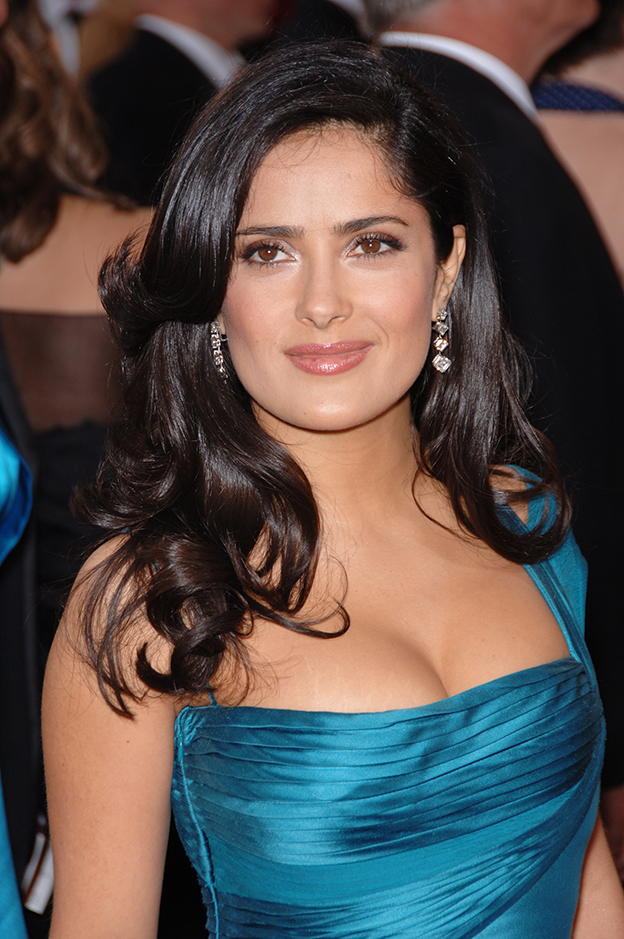 Read More
via s_bukley / Shutterstock.com 10. Darla in Buffy the Vampire Slayer Darla is actually one of Joss Whedon’s vampire creations and…
Read More
0
0
0
It’s the powerful and compelling line that makes men cringe and makes women swoon and blush. When Noah…
Read More
0
0
0