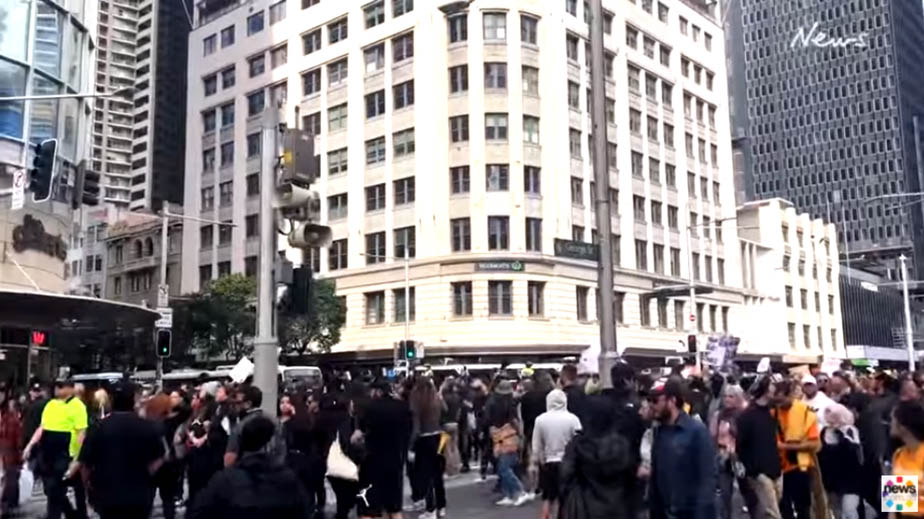 Thousands of protesters are gathering together in capital cities all over Australia to protest the lockdowns caused by the COVID-19 pandemic as part of a “worldwide rally for freedom.” Greater Sydney has been locked down for the past four weeks, with local residents only allowed to leave home with a reasonable excuse.

A sea of thousands of angry protesters stretching as far as the eye can see marched unmasked from inner Sydney’s Victoria Park through to Town Hall in the central business district. According to news.com.au, some on the ground estimate there are actually as many as 15,000 people taking part in the march.

It appears that dozens of arrests have been made as several protesters threw plastic bottles and plants taken from the street. Signs carried by some of the protesters are asking for “freedom” and “the truth”. The protest was a direct result of COVID-19 case numbers in NSW reaching a record high since the first wave last year resulting in the Greater Sydney being locked down for the past four weeks,

Check out the video below courtesy of news.com.au: