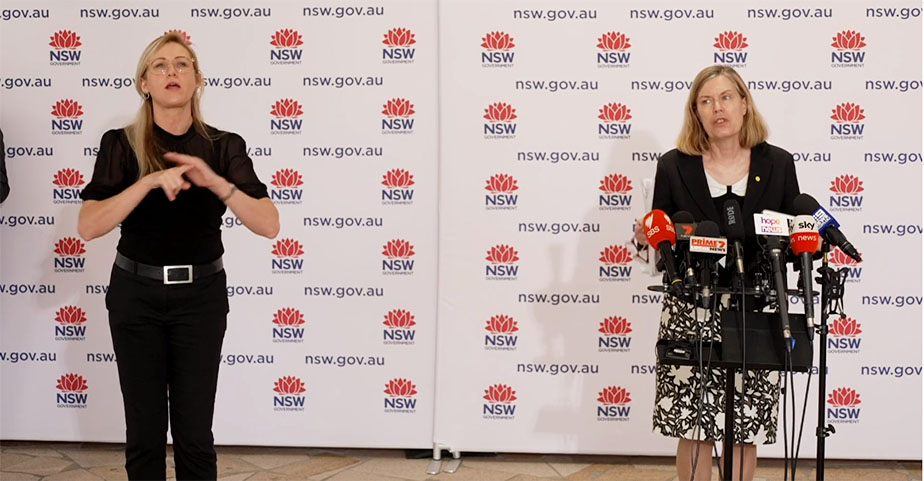 During Thursday’s press conference when Premier Gladys Berejiklian was announcing NSW’s roadmap to easing some lockdown restrictions, Dr. Chant uttered the words that would send the world in a frenzy. After nearly an hour into the long press conference, Dr. Chant was asked if NSW will start listing casual contact locations again once the restrictions are gone.

This means that various pubs and retailers, as well as other businesses, will finally be able to reopen the Monday after 70 percent of the NSW population are double vaccinated. This projection is apparently expected to occur sometime in mid-October.

Dr. Chant responded by saying “We will be looking at what contract-tracing looks like in the new world order – yes, it will be pubs and clubs and other things, if we have a positive case there [but] our response may be different if we know people are fully vaccinated (51:42 mark).”

The phrase “New World Order” was a confirmation from some in relation to the popular New World Order theory which claims a totalitarian world government will one day rule the world. Sovereign nation-states will be eliminated and the world will be ruled by the powerful elite.

According to Huffington Post, more than 45,000 tweets were shared in relation to the topic, and in fact, it even climbed to number 10 on the top UK trends.

Famous celebrities like Laurence Fox chimed in, eventually tweeting the words “New World Order” alongside a clip of Dr. Chant from the press conference.

Huffington Post further confirmed that Twitter tried to shut the conspiracy theorists’ arguments down, by adding this explainer to the trend: “Unfounded claims about the ‘New World Order’ conspiracy theory are shared after an Australian government official used the expression during a press conference on Thursday… Fact-checkers had regularly debunked claims connected to the conspiracy theory. The phrase is regularly used to times of change or cultural shift.”