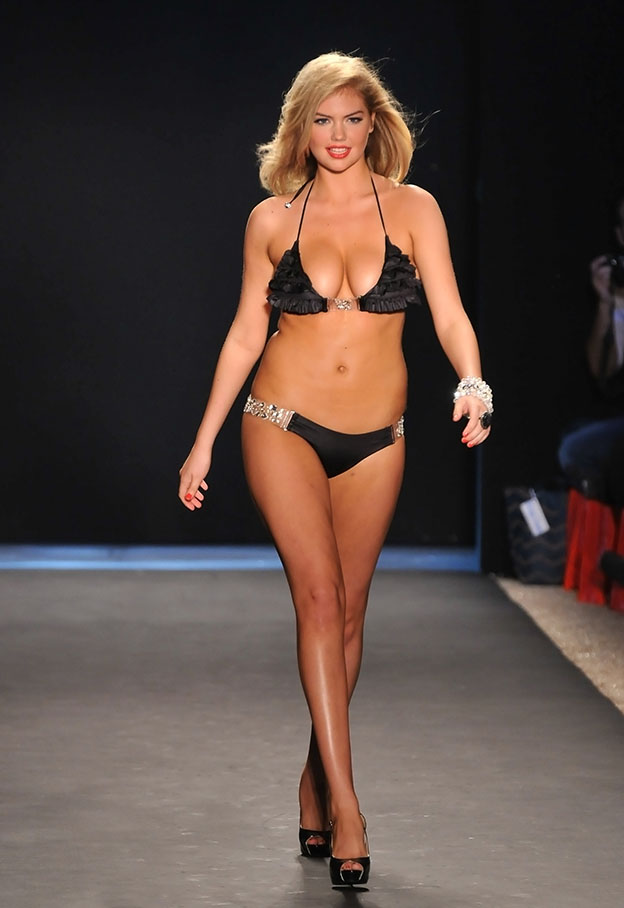 Kate Upton just recently revealed that she was often told to lose weight by the bigwigs in the modelling industry but she refused to adhere to the pressure to change the shape of her body.

She revealed that she is quite proud of her curves and she refused to listen to people who told her that she needed to lose weight. She said: “At first I tried to diet to become their image, but eventually I realised that it wasn’t realistic — that this is just the shape of my body… So I had to block them out. I think that the people who are the loudest about wanting to change you are the people with the least amount of vision and creativity.”

She also told America’s Glamour magazine: “Where I grew up, it was considered a great thing to have a curvy body to fill out a bathing suit. For that to be a negative was so confusing to me… And besides, when I started working, I was booked constantly, mostly for catalogue work. So when people were saying, ‘Oh, she doesn’t have the right look for a model’, I thought, ‘Then why am I working every single day?’ “

Upton also revealed that she used to be bullied for her looks. “Kids can be cruel, and they used to make fun of me for having long legs and bushy eyebrows. My mom would flip through magazines and say, ‘Look, all these models have that too.’ I decided I wanted to be a model,” she recalled.

Well, all’s well that ends well because now Kate Upton is a famous model and actress so sucked in to her previous detractors. This goes to show that if you want something bad enough you’ll eventually get it as long as you’re willing to go the extra mile.