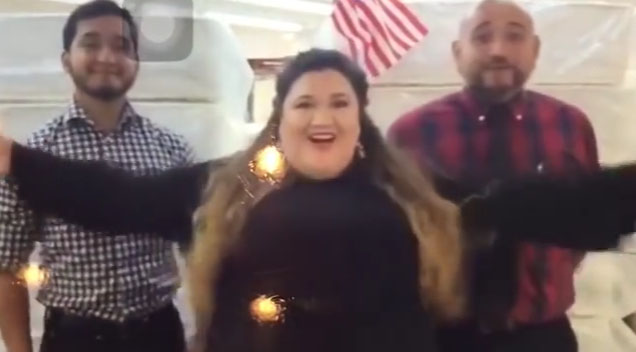 Miracle Mattress in San Antonio, Texas felt it was a good idea to air an ad on a local TV station making fun of the tragic 9/11 incident in America and as expected, the controversial ad ended up offending thousands of people all over the world.

Here’s what the Miracle Mattress spokesperson said on the ad: “What better way to remember 9/11 than the Twin Tower Sale? . . .Right now you can get any sized mattress for twin price.” The two men in the ad then pretended to be the two towers and they also pretended as if they were getting toppled over! 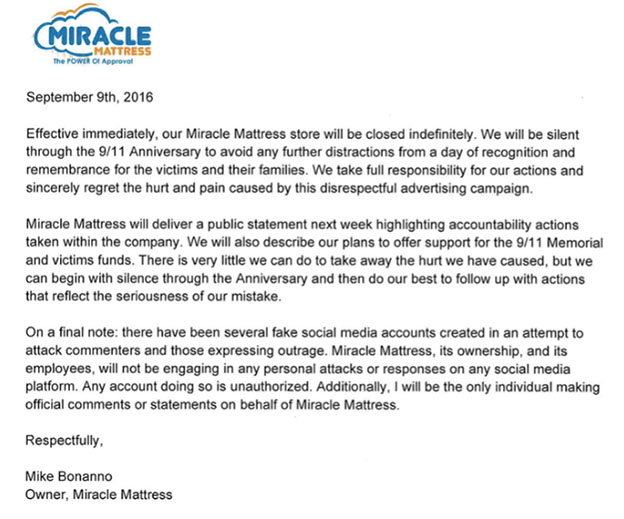 The Miracle Mattress’s owner Mike Bonanno recently released a statement stating his store was being closed “indefinitely” due to the backlash it has received after airing the ad. Above was their apology letter which they posted on Facebook and below was the offending video (source Jamie Barrientos):