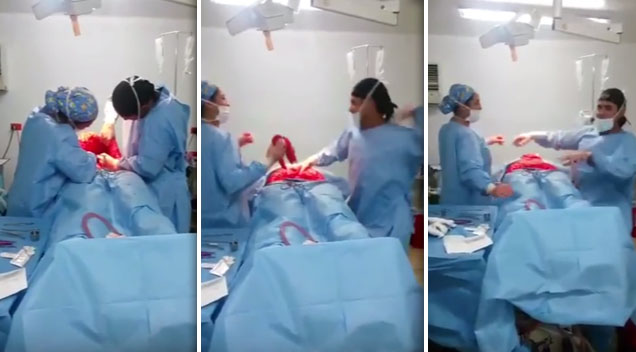 A surgeon and nurse who are based in Colombia are currently in hot water after a video of the pair dancing to pop music while operating on a patient was uploaded online.

The pair was listening to pop music while in the middle of operating on a patient around the stomach region, when all of a sudden they put down their equipment and started dancing and giggling. They eventually stopped, picked up their tools and then continued on with the operation. According to local reports the incident happened at the Arte y Cuerpo clinic and the doctors’ name is Dr David Majana Navarro while the nurse’s name is Angelica Mejia.