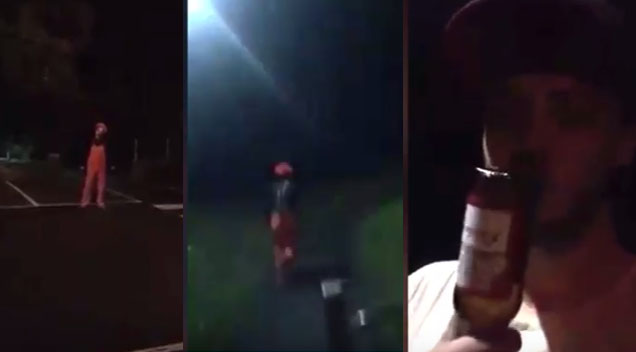 This creepy clown thought he could scare a student with a hammer and a creepy grin on his face – boy, was he wrong!

In this epic video, student George Birkbeck, from Devon, England was blocked by a man dressed as a creepy clown on his way home. He responded by picking up a beer bottle and chasing it away. Yep, this man is a badass.