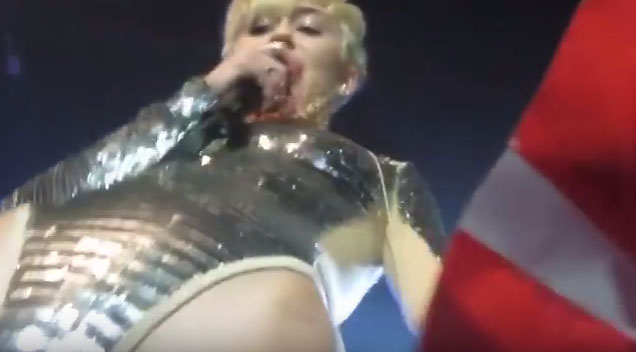 Miley’s privates were groped by a fan in a never-before-seen footage and it all went down at a secret London gig back in 2014.

Miley was performing at a secret set at London’s G.A.Y nightclub and things got really heated up. Dressed in a sparkly silver leotard, Miley was filmed throwing herself into the crowd and allowing her fans to touch her privates. She was pretty much fine with the whole situation because she even smiled as the fans continued to grope her.

Check out the video below (credit:VVMemes):