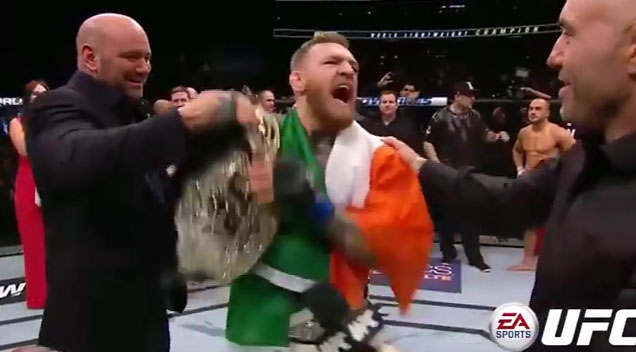 Conor McGregor aka “The Notorious” just won his second title and recently made history at UFC 205 and during his speech he decided to issue an apology.

During the UFC 205: Conor McGregor Octagon Interview, he began with “I want to take this chance to apologize…” and when you listen to the rest of his speech I guarantee that you’ll be a fan of the Notorious as well.

Check out the apology video below (credit: Wuw):