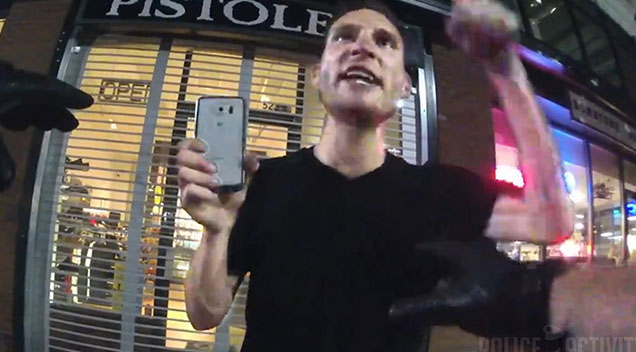 This tolerant cop tried to give this drunk man so many chances to walk away, but he was just persistently annoying.

This camera footage released by the Spokane Police Department shows how Sgt. Eric Kannberg dealing with an intoxicated man for nearly four minutes, Kannberg already asked the man to step away from him a number times but he was still persistent and at one point, the man even hit the officer’s hand. Eventually, the man run away and after running down the street, Kannberg caught up with the man and took him into custody.

Check out the video below courtesy of Police Activity: