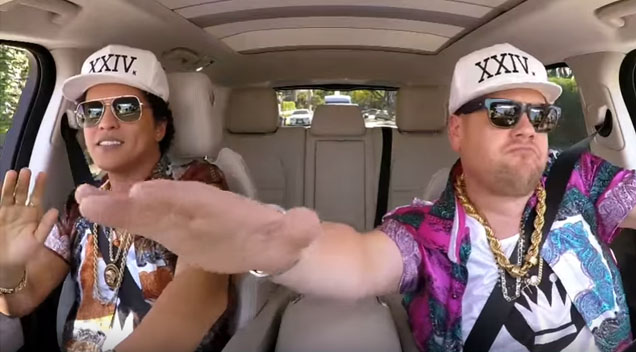 Bruno Mars is the latest celebrity to join The Late Late Show host James Corden for Carpool Karaoke and the result was truly epic.

James Corden joined Bruno Mars as they both belted out his biggest hits such as Uptown Funk, Locked Out of Heaven and 24K Magic and their combined performance was truly legendary.