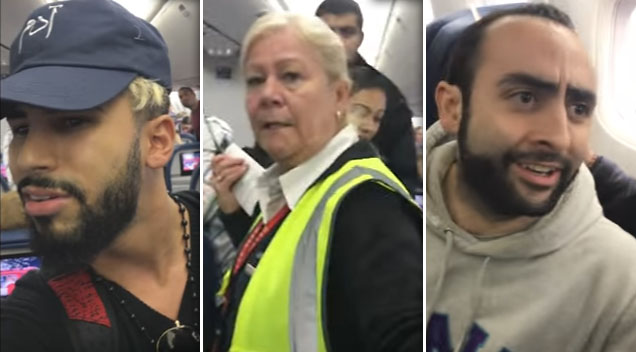 Infamous YouTube prankster Adam Saleh claims he was speaking Arabic to his mother over the phone when he was asked by Delta Airlines employees to leave the plane.

According to news.com.au, Adam Saleh documented himself being booted off the plane for “speaking a different language” and at the same time calling Delta Airlines employees “racists.” He said on the video “you guys are racists. I cannot believe my eyes. I spoke a word [in] a different language and you people feel uncomfortable? Are you serious? I’m about to cry right now.”

But then in a statement that came direct from Delta, the airline claims Saleh and his friends were “removed for disruptive behaviour”.

Delta said in a statement “Based on the information collected to date, it appears the customers who were removed sought to disrupt the cabin with provocative behaviour, including shouting… While one, according to media reports, is a known prankster who was video recorded and encouraged by his travelling companion, what is paramount to Delta is the safety and comfort of our passengers and employees. It is clear these individuals sought to violate that priority.”

So was Adam Saleh really telling the truth or was it all just a publicity stunt? Check out the video below courtesy of Adam Saleh and you be the judge.