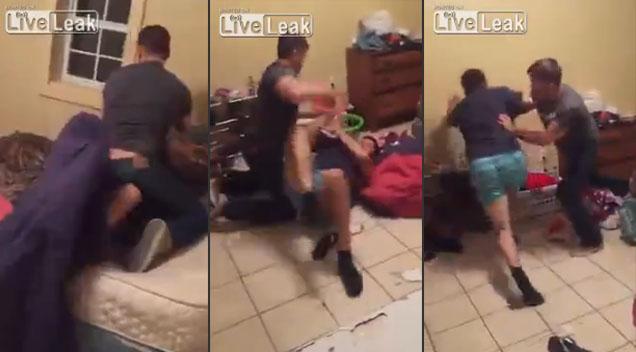 This Alabama man had a gut feeling that his wife was cheating on him and when he got home he found out that he was right.

A man named Brian had a feeling that his wife who goes by the name of Brandy was doing something nasty behind his back so he decided to find out and bring along a friend for support and to tape the whole thing. When he walked into his bedroom and saw his wife in bed with another man, he gave the other man the beating of a lifetime.

Check out the video below courtesy of Live Leak: