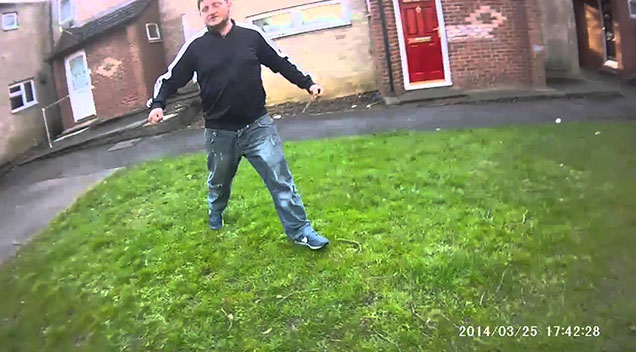 Northamptonshire Police recently released a footage of an encounter with one of their policemen and a man with a knife and the footage was intense.

This is a body camera footage of PC Alex Prentice and PC Debbie Wishart being attacked by Lee Vickers was seriously unreal to watch and Lee ended up being jailed for three and a half years.

Check out the footage below courtesy of Northamptonshire Police: