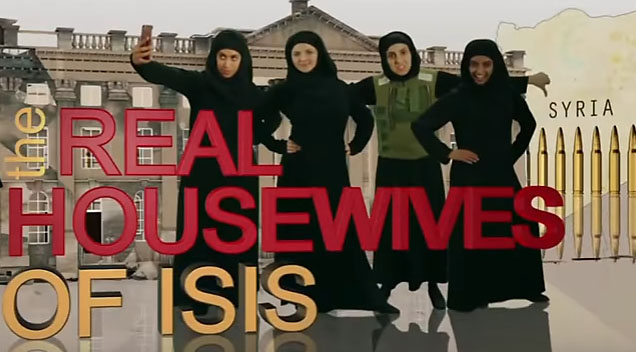 The UK’s BBC has come under attack after airing a controversial skit titled ‘Real Housewives of ISIS’ that featured women in hijabs enjoying beheadings and Instagramming photos of fashionable suicide vests.

The comedy skit was part of a new sketch comedy show called Revolting and after the video was posted on BBC2’s Facebook page, it sparked over 50,000 negative comments labelling the skit as inconsiderate  and done in poor taste.

Check out the video below courtesy of  Fusion: