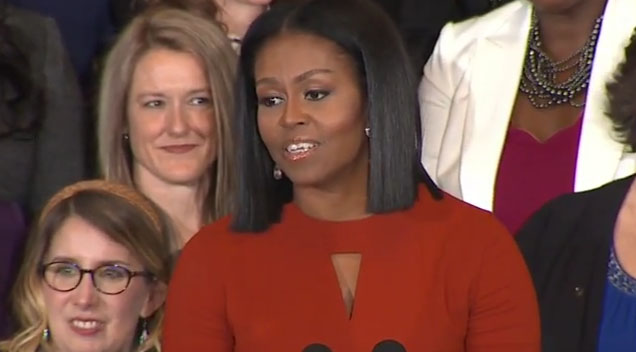 The First lady insisted in her speech that young people need to empower themselves with education. She also laid emphasis on the importance of valuing diversity. Mrs. Obama further recognized the 2017 School Counsellor of the Year – the School Counsellor of the Year is an annual White House tradition that was initiated by Obama back in 2015 as part of her Reach Higher initiative.

Scroll down to watch her speech below courtesy of ABC News: