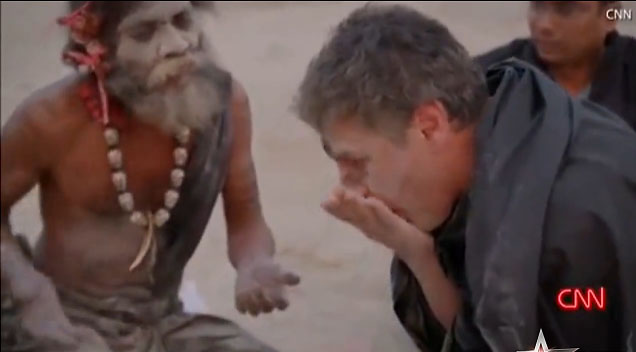 TV presenter Reza Aslan was forced to eat a piece of cooked human brain while filming a documentary with a group of cannibals in India.

Reza Aslan was interviewing the Aghoris which is a small Hindu cult who apparently eats human corpses and drinks out of skulls when he was given a piece of cooked human brain – which he had no choice but to eat otherwise he’ll get beheaded.

Check out the video below courtesy of World Star Hip Hop: