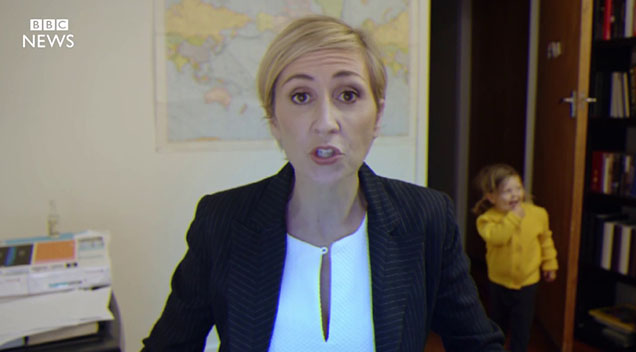 We’ve all seen the BBC interview where the man’s babies walked in – but what if the incident happened to a mother?

Let’s face it, mothers are superheroes by definition so this dramatic and exaggerated parody of the BBC interview with Robert E. Kelly aka BBC dad is hilarious to watch.

Check out the video below courtesy of Jono and Ben: