John Cena Just Proposed To His Girlfriend At WrestleMania 33 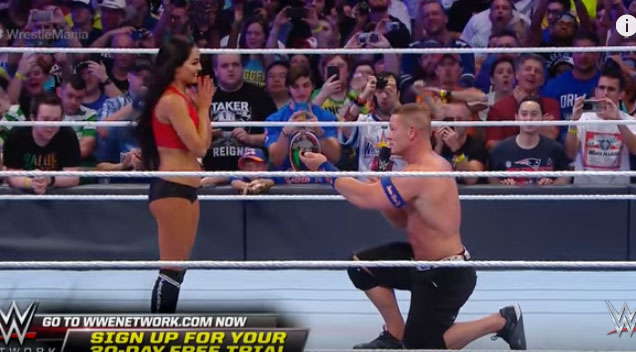 After their victory at WrestleMania 33, John Cena decided to pop the question to Nikki Bella in front of millions of people watching all over the world. Not sure about you but we were expecting plot twist wherein Cena would just turn around and smack Bella like a boss right after he proposed!

Check out the video below courtesy of WWE: