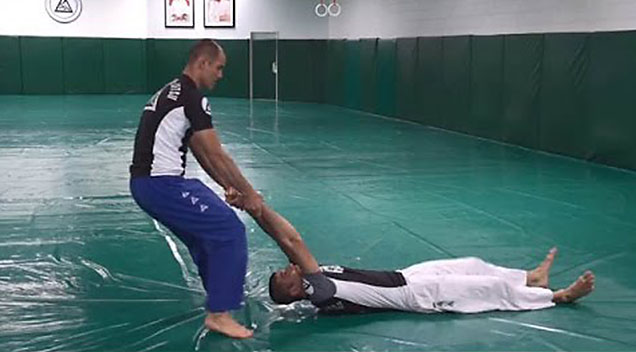 Here’s a one way ticket to getting shot at by the airport police.

By now we’ve all heard of United Airlines passenger David Dao who was recently dragged off his seat last week by the Airport police because he refused to give up his seat for a bunch of United Airlines employees. Well this Jiu-Jitsu instructor decided to demonstrate how you can strike back at United Police and his technique was pretty flawless. Kids, don’t try this at home.

Check out the video below courtesy of Fame Magazine II: