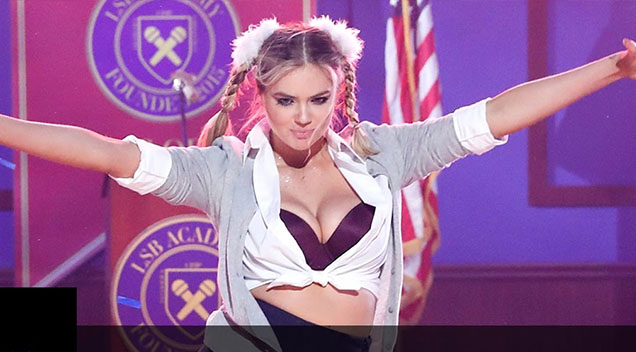 Meet one of the hottest students EVER to wear a uniform.

Kate Upton is taking on Ricky Martin in an upcoming episode of Lip Sync Battle which airs on Thursday at 10/9c on Spike. Upton is bringing the sexy back via the iconic Britney Spears music video for “…Baby One More Time!”

Check out the video below courtesy of Lip Sync Battle on Spike: