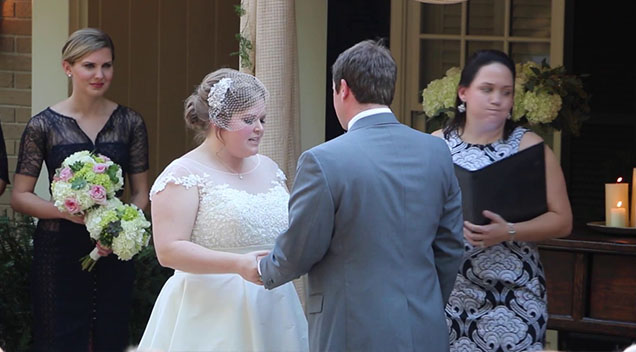 This was the cringeworthy moment a minister threw up while in the middle of a couple’s exchange of romantic wedding vows.

The video initially shows the bride and groom affectionately holding each other’s hands as the bride delivered her wedding vows to her husband-to-be. But just as the minister was about to announce that the couple were finally husband and wife, the minister suddenly turned to face away from the couple before violently throwing up! Safe to say, her timing was really off.

Check out the video below courtesy of Rumble Viral: