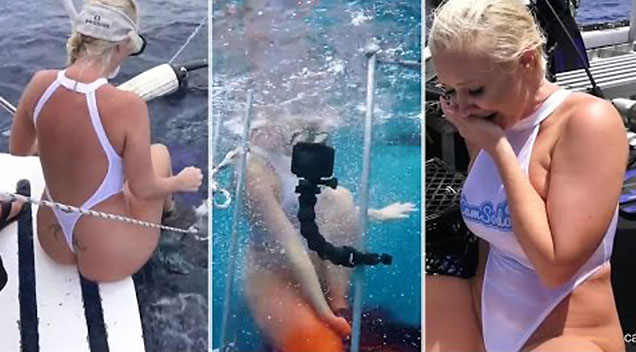 This model went into shark-infested waters for a risky photoshoot and the result was quite disastrous.

Molly Cavalli is an adult entertainer who decided to go down underwater in a shark cage for an extremely dangerous photoshoot attempt as sharks were captured circling around her. Unfortunately they failed to take into account that the spaces between the bars were wide enough for smaller sharks to get into so within seconds she got bitten by a shark and blood was seen coming out from her foot.

Check out the video below courtesy of New World: