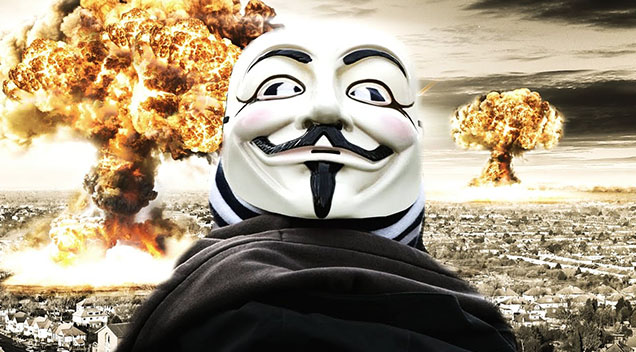 The infamous group is urging everyone all over the world to “prepare” for World War 3 as the US and North Korea troops prepare for a nuclear battle. According to the video: “unlike past world wars, although there will be ground troops, the battle is likely to be fierce, brutal and quick. It will be also be globally devastating, both on environmental and economical levels.”

If you want to watch the rest of their chilling message, scroll down to watch the video below courtesy of Anonymous Official: