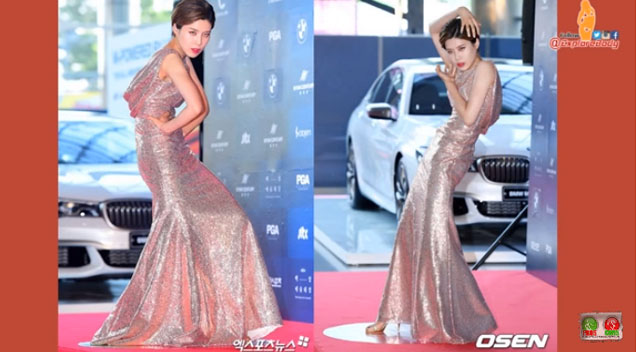 Jang-Do-Yeon Is a South Korean comedian who decided to poke fun at modelling poses at the Baeksang Arts Awards 2017 – and she did it in style.
Hey epic photos were originally uploaded by the ‘face of comedy’ page and the caption was “The new way of red carpet. The world will remember her forever.” As soon as the photos and videos of the red carpet hit the internet, she became a certified internet star.

Check out the video below courtesy of Thu Hoai: