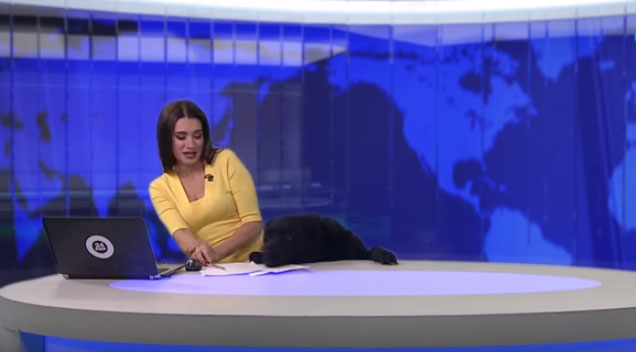 This dog just became an internet sensation after disrupting a news presenter during a live news broadcast in Russia.
This Russian news presenter who goes by the name Linarte, was in the process of delivering the news when she got interrupted by a loveable black Labrador out of the blue. This video has been posted on YouTube and so far it has been viewed more than 3 million times.

Check out the video below courtesy of МТРК Мир: