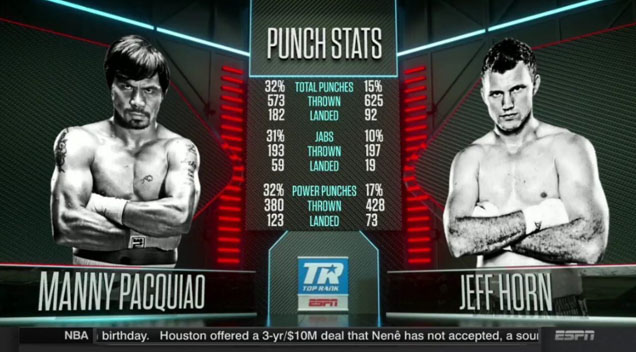 Image via Compubox Twitter account
A number of international celebs decided to air out their reactions about the Pacquiao-Horn fight yesterday via social and it got pretty brutal.
Horn was eventually declared the winner yesterday in the controversial match-up – according to the judges, Horn won at 117-111, 115-113 and 115-113. However, this match has been deemed as ‘rigged’ by a number of celebrities and athletes all over the world because although Horn looked like the more aggressive fighter, Pacquiao landed the more accurate shots according to Sports Broadcaster Crystina Poncher.
Check out the stats below: 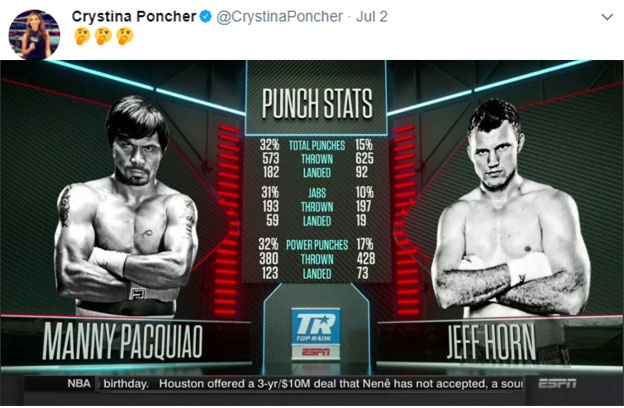 Here’s the breakdown according to ESPN: 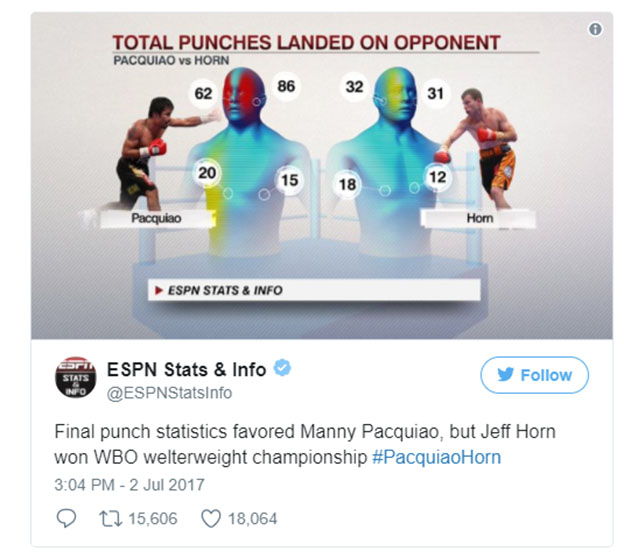 Now check out the celebrity reactions: 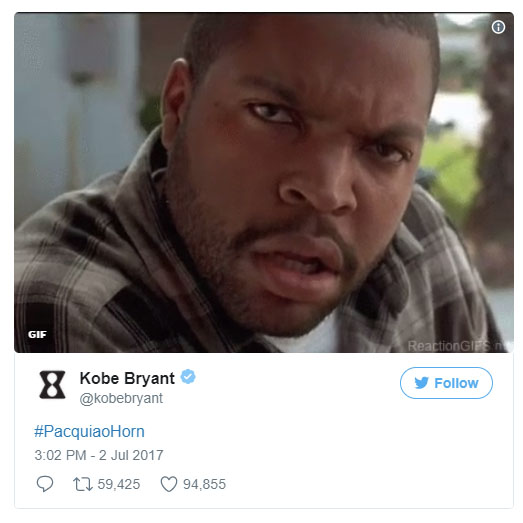 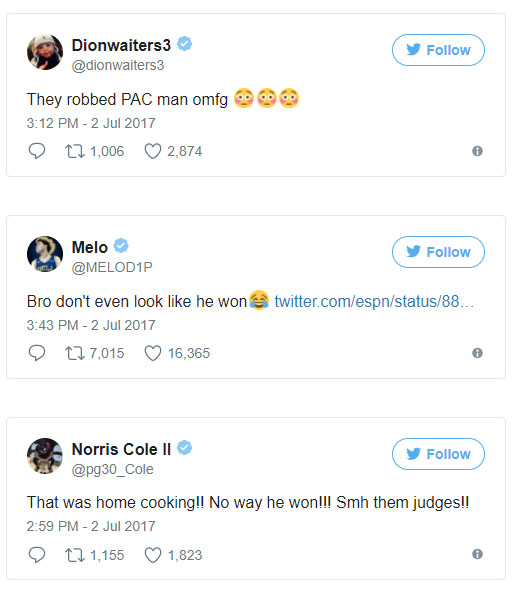 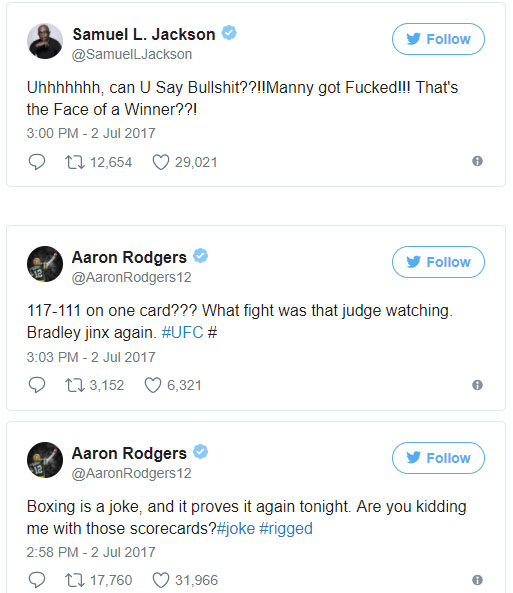