The Verdict On Valerian: City of a Thousand Planets: Is It Worth Your Time And Money?? 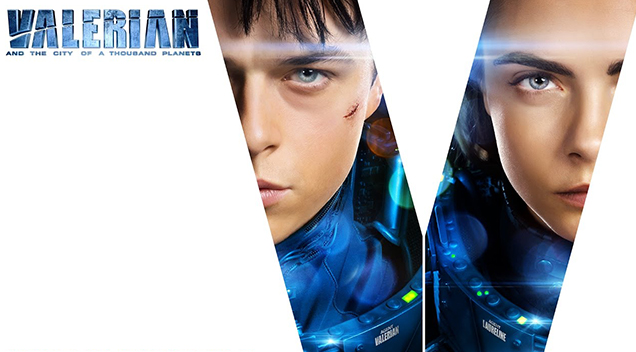 When it comes to European movie directors in the last two decades, there is probably a good chance that Luc Besson will be on your top 10 list. The French director has already established himself as one of the greatest directors and writers that we have ever witnessed. He made his presence in Hollywood known for directing the highly-acclaimed action movie “Leon, the Professional”, but his American career was launched when he directed the “Fifth Element”. This is the exact movie that inspired by French comic book Valerian, which got its depiction Valerian – “The City of a thousand planets” this year.

The story follows major Valerian and his partner sergeant Laureline who work together on the International Space Station, which is now called Alpha and is being run by all kinds of alien intelligence. After commander Fillit sends them to investigate and hijack the last species of a long-lost planet, Valerian gets suspicious and decides to investigate the fate of the long-forgotten world further.

The movie stars two highly repulsive actors, so I had my doubts before the film was released. Dane DeHaan and Cara Delavigne are the lead in this movie, and although I never really enjoyed their performances, they delivered decent portrayals in this movie. The chemistry between them is somehow visible although they mostly rely on their strengths. One can only assume that the director and producers of this film wanted to follow a familiar approach of casting young people in this kind of movie. Clive Owen and Ethan Hawke are also present in this movie, although they hardly get any screen time and their performances, especially that of Ethan Hawke’s, looked like a cameo. Rihanna, on the other hand, was the biggest surprise of the movie and her role, although brief, is excellent and we can see her career getting a push forward, especially since her ho-hum performance in “Battleship”.

Although the movie’s plot can be considered weak and not that well-developed, there are plenty of other assets that make this film worth watching. One of these things is the visual effects and the world of Valerian itself. Sure, it is an adaptation of a well-known comic book, but the final result is admirable with plenty of different alien species designed and roaming the world of this movie. Besson got the inspiration from the “Fifth Element” by examining the characters of this comic book the similarities becomes more visible. Sound and score for this movie also contributes heavily to the tone of the movie and adds to the excitement and fun. I have a gut feeling that the movie directors went to “Guardians of the Galaxy” soundtrack to search for inspiration because there is a lot of similarities between both movies and the music in them.

“Valerian: City of a Thousand Planets” is a decent movie and probably one of the best-designed flicks of this film season, but the shallow plot and average acting are threatening to make this movie the last in this otherwise promising franchise. The fans of Luc Besson will enjoy this movie, while neutral movie fans might be a tad disappointed.